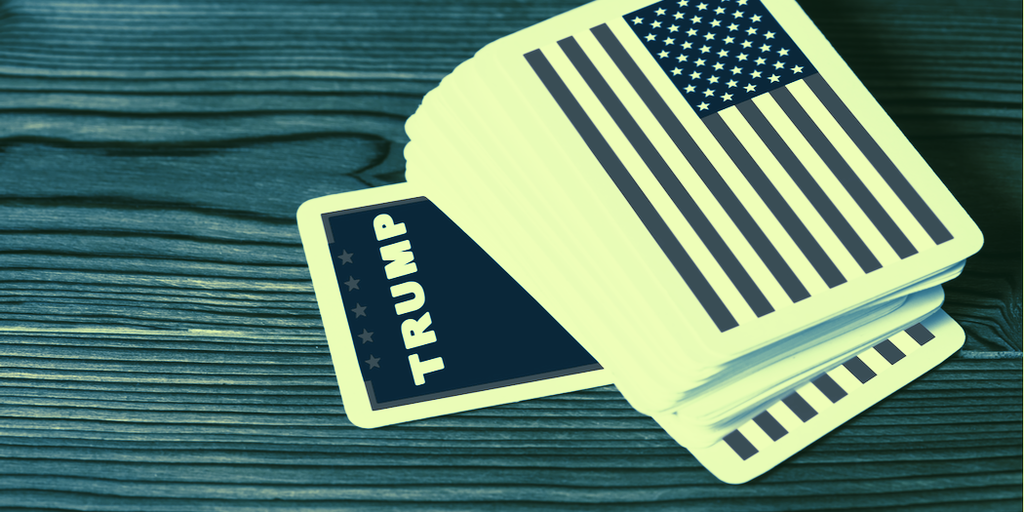 Despite the fact that Biden is on the edge of winning the 2020 presidential election, the cost to bet on a second term for President Trump has actually gone up.

Purchasing a TRUMPWIN tokenized futures contract on FTX now costs $.05. That’s up from a low of under $0.02 earlier in the day, right after Decision Desk HQ called the race.

And, honestly, $0.05 is a relative steal—if you think President Trump still has a chance. After dropping off a cliff overnight to hit $0.11, YES Trump Augur Prediction Tokens slightly rebounded to $0.13 in evening trading, albeit with fairly low trading volume. And the price for betting yes on Trump in Polymarket is currently $0.08.

FTX is the most interesting example—because it’s come to grips that it may not be able to settle the contract for awhile.

FTX’s TRUMPWIN or TRUMPLOSE contracts are ERC20 tokens redeemable for either $1 or $0 when President Trump wins or loses the election, respectively.

But what constitutes a win these days when the president has signaled (without yet providing evidence) that Democrats are stealing the election and suggesting he won’t concede?

Thus far, only Decision Desk HQ has called the election for Biden, while other networks wait until they can be all but certain Trump can’t catch up in Arizona, Georgia, Nevada, and Pennsylvania.

Still, people are getting nervous about whether the projections are accurate and/or meaningful if the president mounts legal challenges, demands full recounts, or maybe just refuses to leave.

FTX CEO Sam Bankman-Fried told Decrypt, “TRUMPFEB pays out $1 if Trump is president on Feb 1 no matter what publications say in the meantime, so it ignores the race being ‘called’ or anything like that and just looks at who’s president in a few months.”

Those contracts are currently selling for $0.13, indicating some degree of belief among foreign bettors (US residents can’t trade on FTX) that there’s a chance the US election won’t really be settled this week.

As if America could endure another three months of waiting.

by Joe T. Stanley
3 min
X
Nigeria hopes blockchain will generate $10B revenue by 2030…EthereumThe director-general for Nigeria’s National Information Technology Development Agency, or NITDA, has said that the country could potentially expect …