Bitcoin rose to $15,610 and the Crypto Fear and Greed Index showed a greedy value of 86, in what has been a week of extreme bullish sentiment toward crypto. Binance Coin formed a pattern that could see a breakout imminently, while the coin itself lacked momentum over the past few hours. IOTA could bounce off a level of support, while VeChain approached a level of resistance. 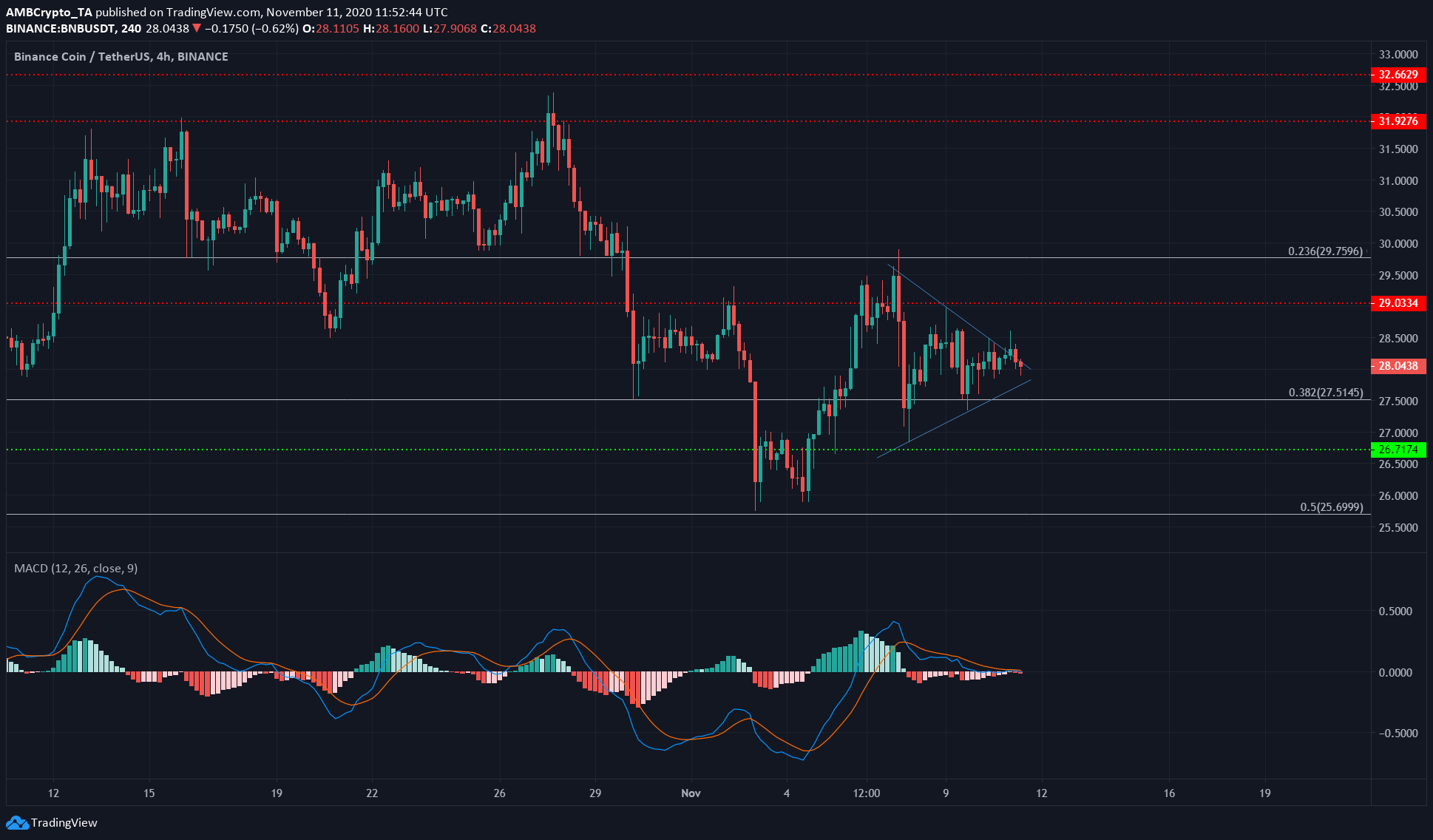 The Fibonacci Retracement tool was used on Binance Coin’s surge from $18 to $33.4 in early September to provide some important levels of support and resistance for BNB. It showed that BNB had retraced to the 50% level and was in the process of moving back upward once more.

The coin formed a symmetrical triangle, generally a continuation pattern that can see BNB break out to the upside. The past few hours saw the MACD approach the zero line, but indicated a notable lack of momentum to either side.

Yet, a breakout was not yet confirmed, as an attempted break was forced back within the pattern to possibly hunt for stop-loss orders. 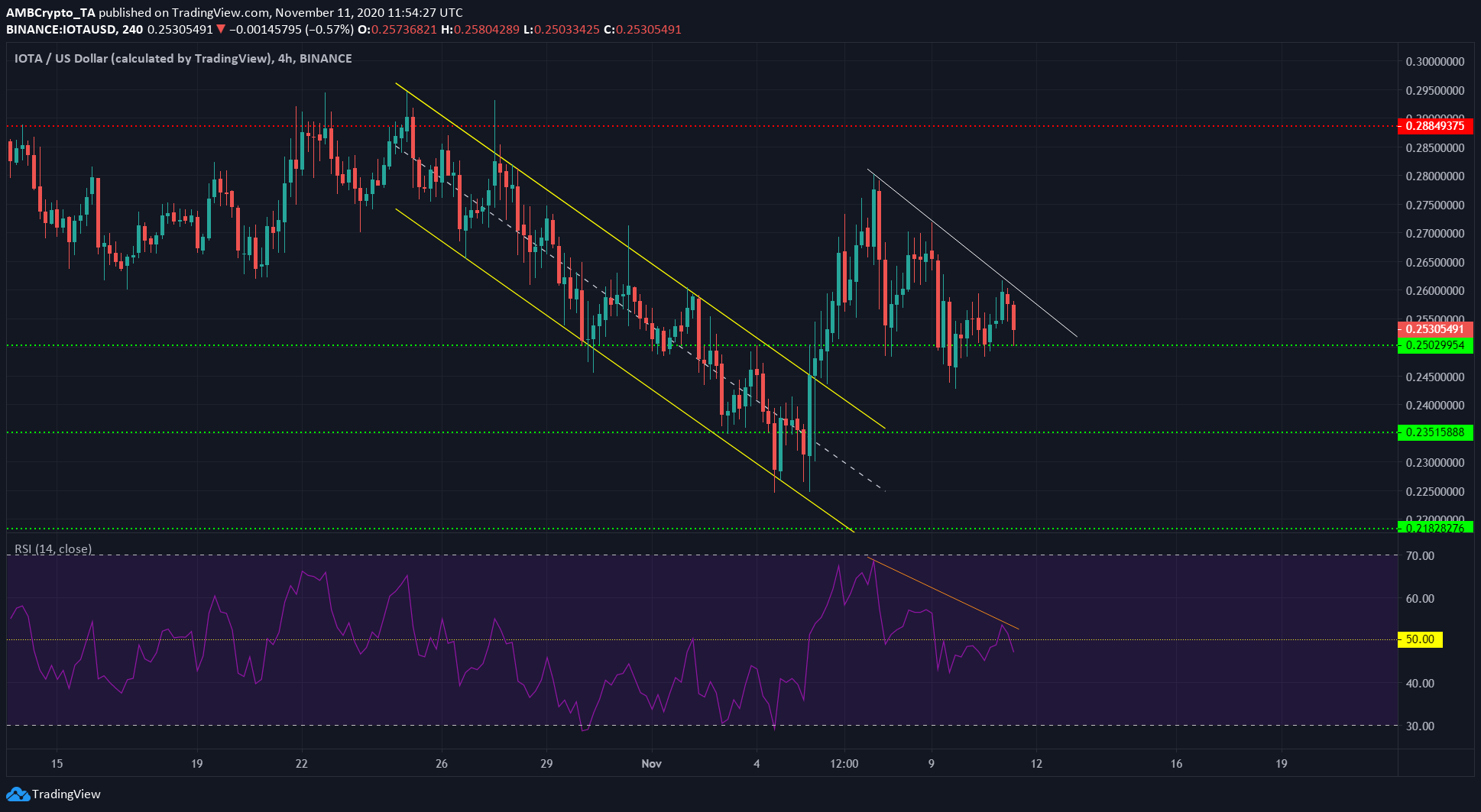 IOTA broke out of a descending channel (yellow) but was unable to push past $0.28. Since then, IOTA has formed a series of lower highs, while the RSI also showed bullish momentum shift toward bearish.

The price had not yet lost support at $0.25 to bears, while the RSI was also not far astray in bearish territory.

The price could bounce off support in the coming hours to attempt to move past $0.28 once more. A close below support for IOTA would see it drop to support at 40.235. 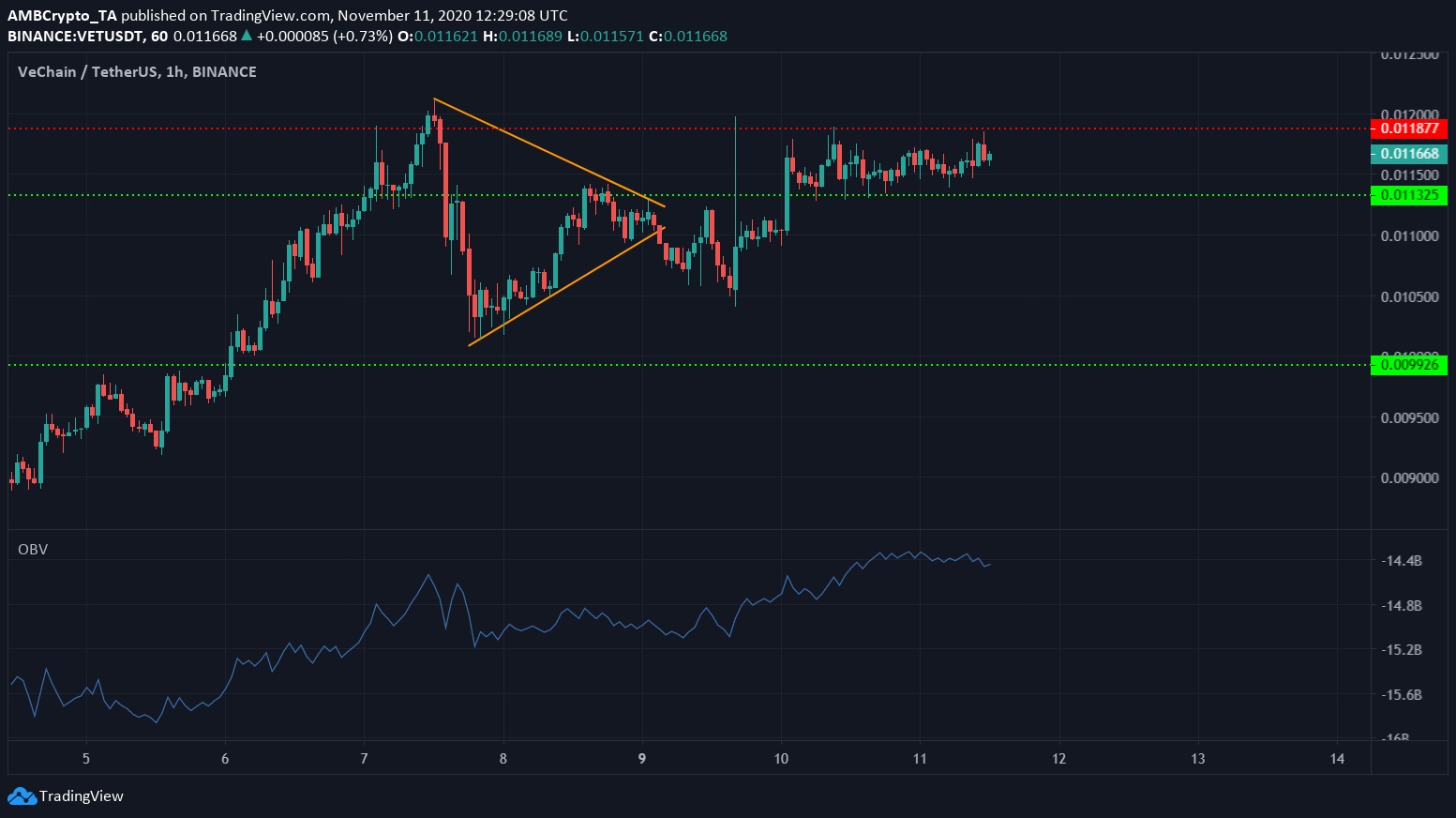 Vechain climbed steadily toeard resistance at $0.118, after feinting a move to the downside upon formation of a symmetrical triangle continuation pattern.

The OBV showed healthy buying volume for the asset. VET had also seen a wick reach the resistance before bears pushed it back down.

A close above resistance could spark a wave of selling pressure as traders book profit, as this level has been resistance since early October.

by Rose Battleson
2 min
X
Crypto education is key to curbing phishing scams…EthereumAs the global crypto economy continues to prosper, with Bitcoin (BTC) currently occupying the $15,500 region, questions regarding the overall safety a…