Cryptocurrency analytics firm CoinMetrics has come up with a new methodology to quantify the holdings of Bitcoin miners.

The new technique is based on differentiating the activity of mining pools and actual miners who merge together to discover a much-coveted block.

CoinMetrics labels all addresses that got payment straight from a coinbase transaction, the first transaction in each block without inputs, as “0-hop.”

A coinbase transaction can only be generated by miners themselves. Individual mining is a bygone era, and large mining pools account for a disproportionately large share of block production.

Read Also:   Investors in Fear and Awe As Bitcoin Nears All Time Highs

The wallets of miners that get payouts from polls are labeled as “1-hop.” By distinguishing 0-hop addresses from 1-hop addresses, CoinMetrics attempts to get a clear picture of miners’ habits. For example, it showed that individual miners were mainly responsible for accumulation in the run-up to the May reward cut.

The new methodology also has its own shortfalls when it comes to correctly tagging pools and miners:

“Admittedly, tagging miners and pools based on distance from a coinbase transaction is an imperfect technique. This is especially true when the methodology is applied to the early network, in which solo mining and alternative pool models were more popular.”

Bitcoin miners continue to play an important, albeit less significant role, in the market as the portion of Bitcoin supply under their control continues to gradually decrease. 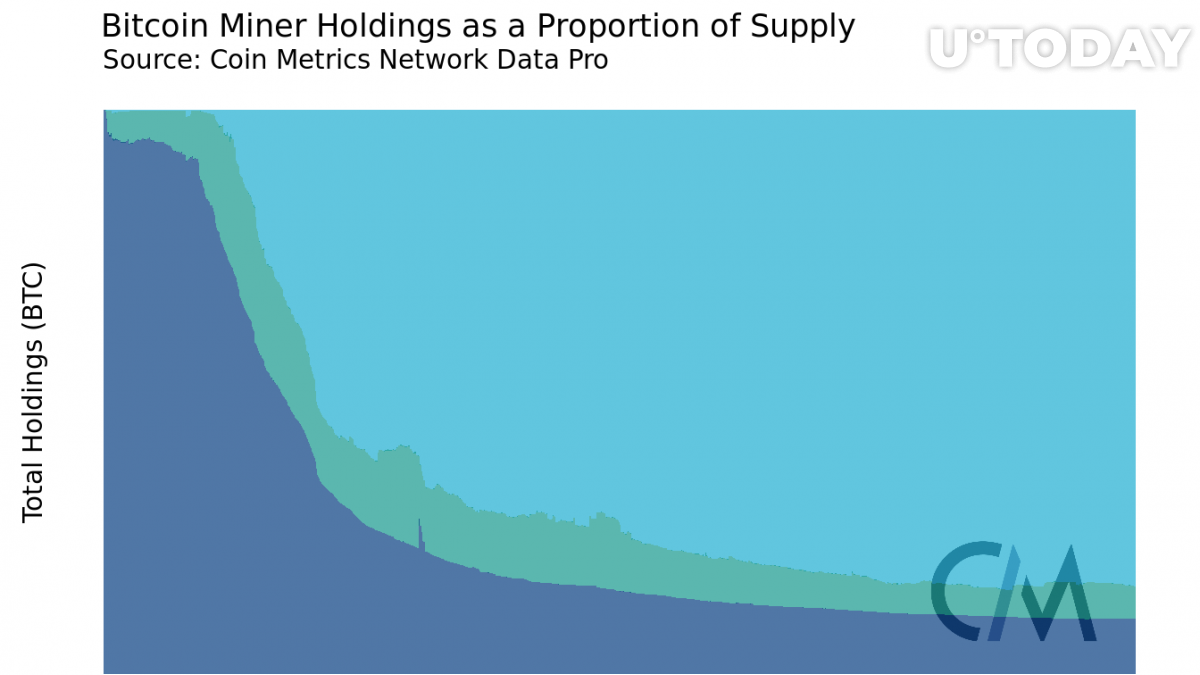 As reported by U.Today, Bitcoin’s difficulty recently logged its second-largest negative adjustment to date after the hashrate saw a tremendous drop in October due to the migration of Chinese miners.

Yet, CryptoCompare data shows that large transactions were relatively stable in spite of a declining number of active addresses. 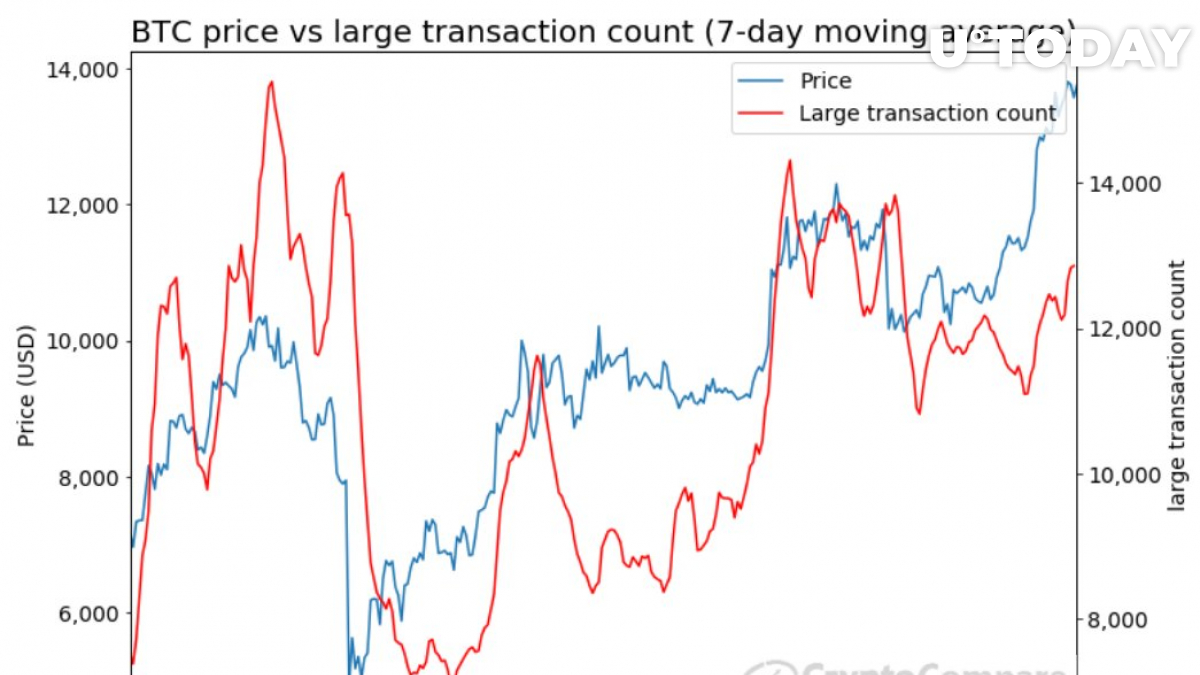 Back to Top
Close Add new link
X
Analyst: Here’s why Ethereum crashed 4% in a single second yesterday…EthereumEthereum has faced a strong correction over the past few days as Bitcoin has slipped lower.As of this article’s writing, ETH trades for $370, around…
Ethereum

by Alex Dovbnya
2 min
X
Before the Last Presidential Election, Bitcoin’s Price Was Just $700…EthereumElection time! The battle between “Sleepy” Joe Biden and “Tiny Hands” Trump will be fought at the polls tonight, and perhaps in the courts ove…