Bitcoin resumed its uptrend after five days of consolidation on Oct. 27, soaring to a new yearly high of $13,480 at 11:30 a.m. UTC on the Bitstamp exchange. 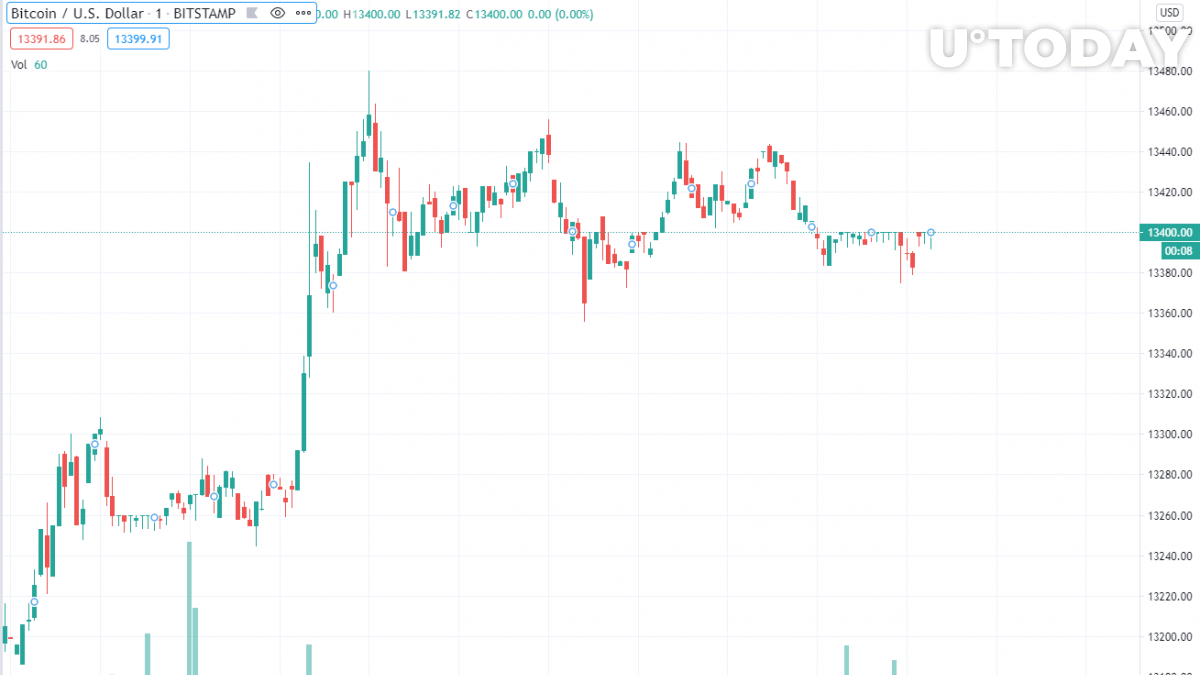 After taking a bit of a breather, the top cryptocurrency is currently trading at $13,400.

In his take on the most recent uptick, Global Macro Investor founder Raoul Pal notes that only two resistance levels currently stand in the way of the bulls: $14,000 and $20,000. 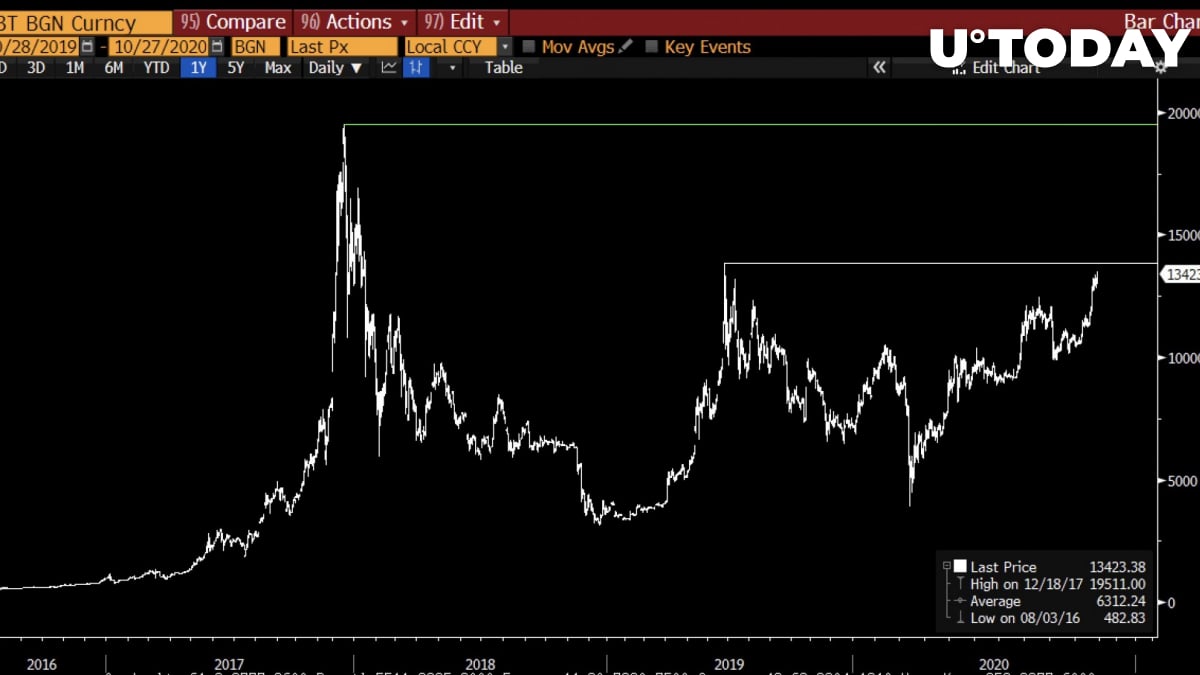 The top cryptocurrency has had a short-lived streak of nearly uninterrupted closes above $14,000 from mid-December 2017 until mid-January 2018.

This essentially means that there is nothing but thin air above it, which is why Pal singles out $20,000, Bitcoin’s current all-time high, as the only remaining resistance.

If the bulls push BTC to $13,856 by the end of October, it would be the highest monthly close for the cryptocurrency in its entire history.

Read Also:   Fidelity Is Taking Its Crypto Biz Into the Asian Market

One of the most notable developments in the crypto market is Bitcoin’s evident decoupling from the U.S. stock market.

BTC is currently up 2.5 percent while the Dow is down 0.23 after yesterday’s 900-point plunge.

Bloomberg’s Lisa Abramowicz notes that Bitcoin is acting as a much better hedge against the stock market turmoil than gold:

Gold has not provided a hedge against recent equity volatility. Bitcoin, meanwhile, has crushed it. 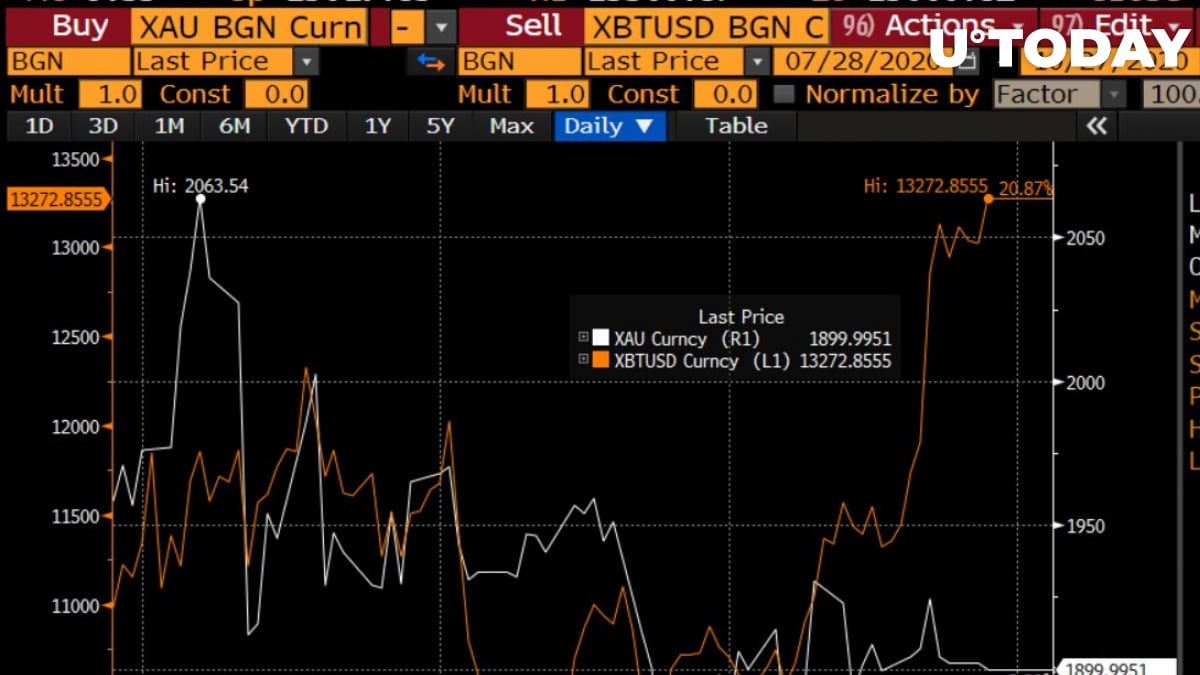 Bitcoin Soars to New 2020 High, and There Are Only Two Resistance Levels Left