The share of profitable Bitcoin addresses has now reached its highest level since the peak of the previous bull run in December 2017, according to a recent CoinMetrics report.

On Nov. 3, when Bitcoin once again breached the $14,000 level, more than 98 percent of all addresses in balance were in profit. 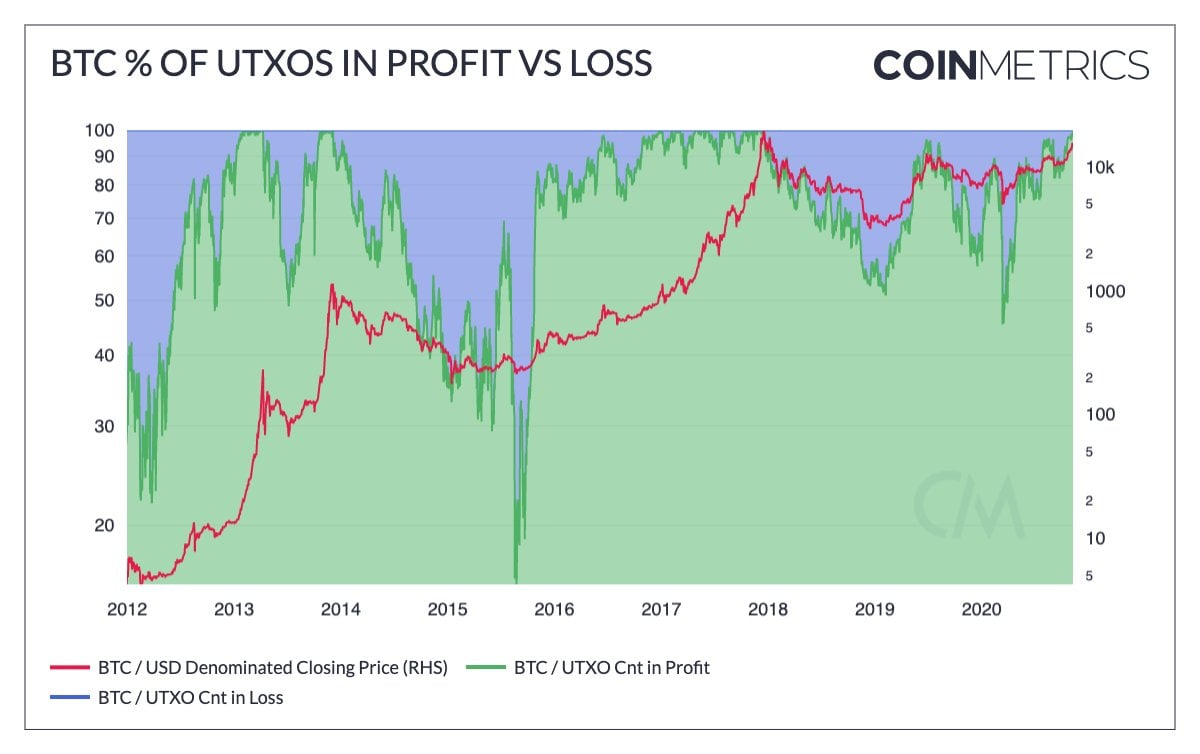 This percentage continued to increase when Bitcoin surged to nearly $16,000 on Nov. 6.

31.2 mln addresses in the money

IntoTheBlock, an crypto analytics firm that takes a deep dive into the profitability of different cryptocurrency, shows that 31.2 mln addresses are currently “in the money” while only 434,580 addresses are out of the money (roughly 1.33 percent of all wallets).

Black Thursday,” March 13, when Bitcoin plummeted over 50 percent within 24 hours, a whopping 59 percent of all addresses were out of the money. In less than a week, however, the majority of all addresses turned green again.

Profitability is a double-edged sword. While CoinMetrics notes that profitable addresses are less unlikely to capitulate, they are also increasingly tempted to secure their gains.

Read Also:   BlockDown is coming to Latin America this November

Earlier today, the number of active Bitcoin addresses hit a two-year high of 65 mln, which most likely means that the retail crowd is finally waking up to the recent rally, according to Glassnode data. 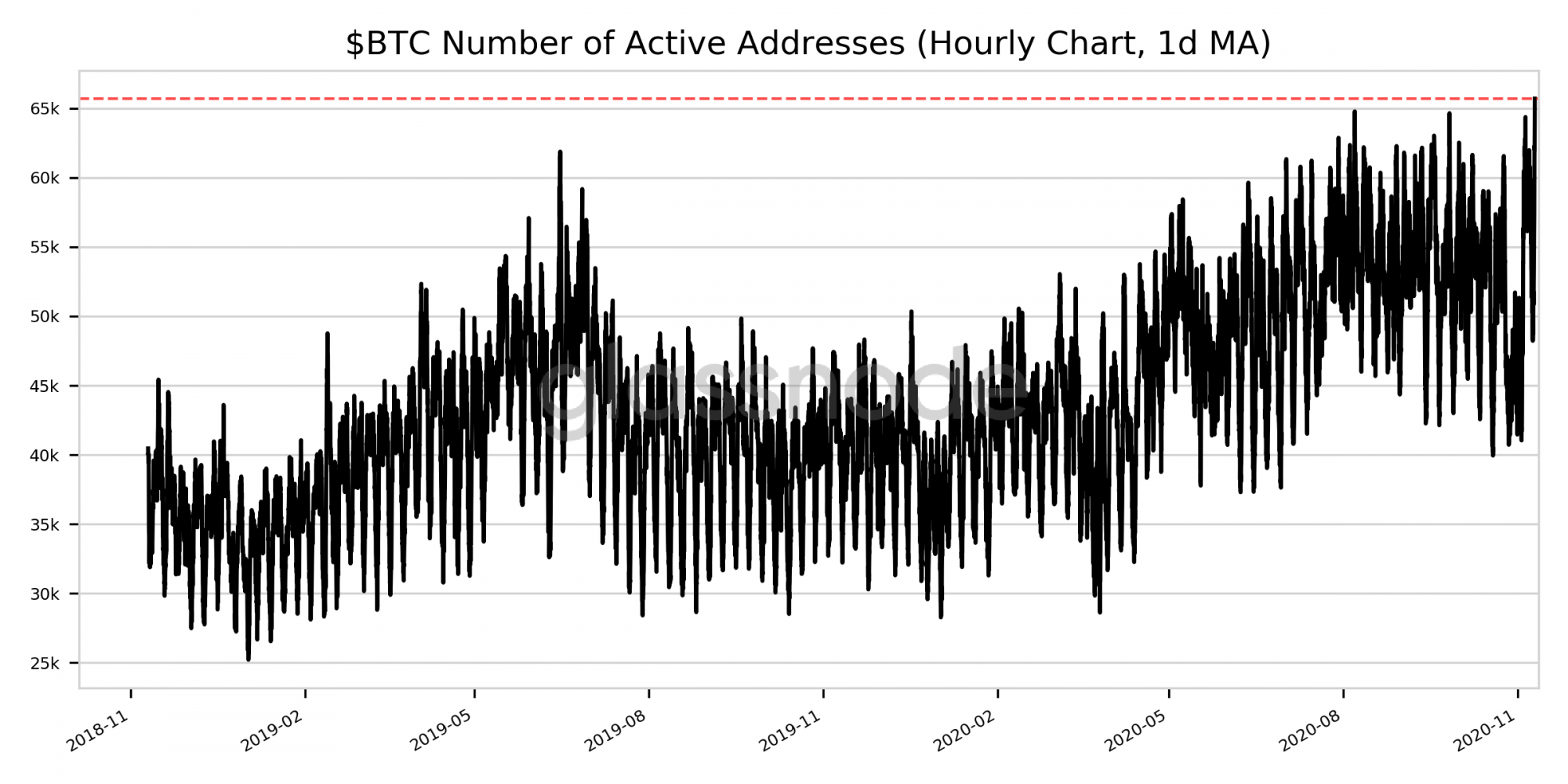 This coincided with Bitcoin’s realized cap also reaching its all-time high of $126 bln. The metric is believed to be economically significant since it values each coin when it was last touched.

by Alex Dovbnya
2 min
X
Cardano Long-Term Price Analysis: 10th NovemberEthereumAlongside the rest of the altcoins, Cardano was a little late to the bullish rally and it did not last as long as expected. While the asset has mainta…
Choose A Format
Poll
Voting to make decisions or determine opinions
Story
Formatted Text with Embeds and Visuals
List
The Classic Internet Listicles
Open List
Submit your own item and vote up for the best submission
Meme
Upload your own images to make custom memes
Audio
Soundcloud or Mixcloud Embeds
Image
Photo or GIF
Gif
GIF format