Based on Bitcoin’s transaction history, outstanding support stands at around $42.2K as many addresses bought coins at this level.

Bitcoin’s upward momentum has diminished, given that it was down by 4.38% in the last 24 hours, hitting $43,495 during intraday trading, according to CoinMarketCap.

The leading cryptocurrency needs to hold the $42,260 level to avoid a further drop.

Illiquid supply goes through the roof

Despite the retracement experienced in the BTC market, illiquid supply has been going up for the last 214 days. Glassnode co-founders under the pseudonym Negentropic stated:

“Bitcoin’s illiquid supply has been increasing for the past 214 days. Surpassing the 2020 accumulation. BTC selling pressure is fading.” 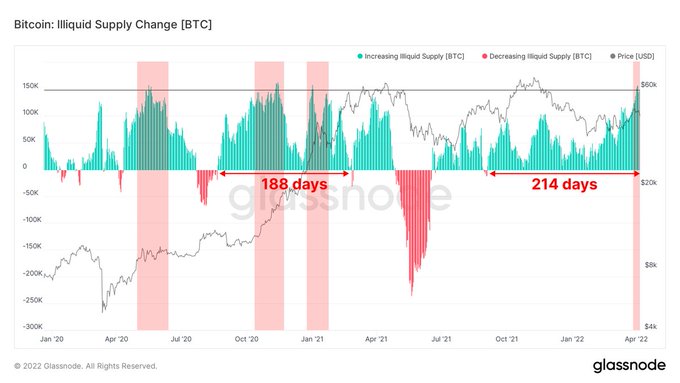 This analysis suggests that selling pressure in the Bitcoin market is diminishing based on the surge of immobile BTC supply.

Moreover, according to crypto analyst Allen Au, long-term holders have not been relinquishing their investments, so the present correction should not be heavy.

“Unlike the recent highs, long-term hodlers aren’t selling their BTC as there’s no spike in their Spent Output Age Bands (SOAB) so the correction shouldn’t be deep. As the next FOMC meeting is 1 mounth away, markets should stabilize after sell-off. BTC should hold its 50 EMA ($43K) or else at $42K & bounce.” 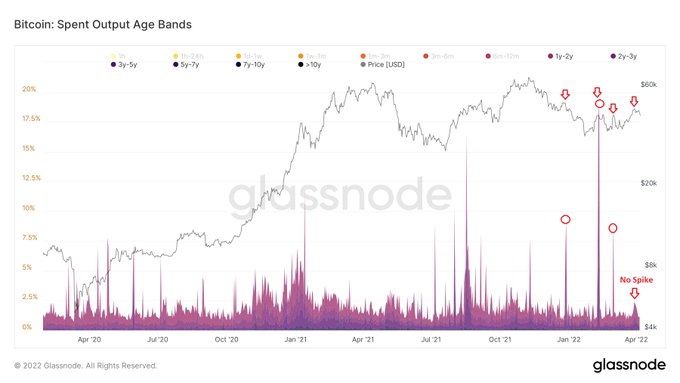 Therefore, the analyst expects the Bitcoin market to stabilize by holding the $43K or $42K level, given that the Federal Open Market Committee (FOMC) will occur in a month.