Bitcoin’s recent move above $13.5k has flipped the “Bitcoin Gold Narrative”. From Bitcoin as a store of value, the narrative has moved to Bitcoin as a safe haven. The primary reason why gold is the preferred alternative investment globally is it has been around for a few thousand years and it helps investors in reducing overall risk. The same cannot be said for Bitcoin.

Bitcoin’s market cycles in the past decade have offered higher ROI than most other assets. But the inherent risk was primarily higher than the reward in different phases of the cycle. 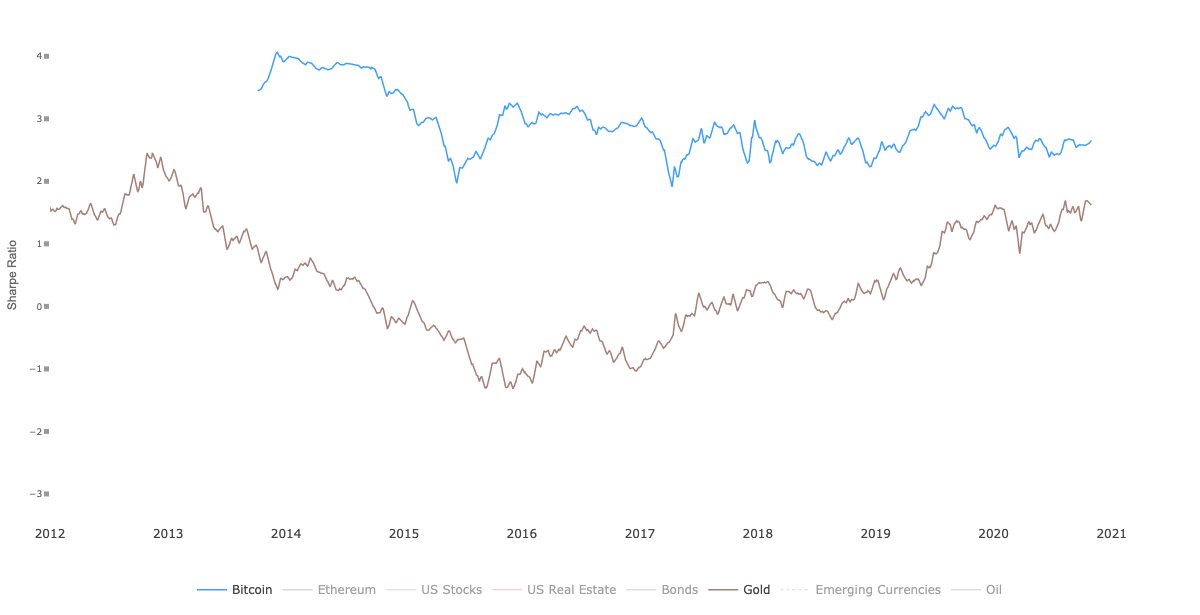 Since 2014, Bitcoin’s risk-adjusted returns were higher than Gold’s, though the corresponding volatility is also high. The risk exposure is low when considering a longer timeframe, as the quarterly returns of Bitcoin are positive in most consecutive quarters. On a daily or weekly basis, or on closing trades within the same phase in which they were opened, the risk is higher.

Bitcoin’s quarterly returns are positive in 2020 Quarter 2,3 and 4. However, prior to 2020, returns were negative for three consecutive quarters. However, Gold returns are not as volatile, hence the fluctuation is not of the same magnitude. This is where supply plays an important role. The current supply of Bitcoin is less than 21 Million, however, once 21 Million Bitcoin is mined, the price will possibly be driven by scarcity. Scarcity is the driver of Gold’s store of value narrative, currently, it is a contributor to Bitcoin’s price, however, it doesn’t influence the narrative.

If Bitcoin’s scarcity drives the price, and the different phases of the cycle become less volatile, investors would possibly flip to Bitcoin. The lucrative quarterly returns are encouraging for investors. Risk-adjusted returns of owning, transferring Bitcoin are lower than Gold, though the technical know-how required is higher. However, that will become easier when Paypal and other payment providers allow “transfer” and “ownership”. Currently, Paypal offers Bitcoin ownership, but self-custody and transfer functions have not been added yet. Once payment providers start offering these services, the flip may become imminent.

Can Bitcoin sway gold's investors in its favor?

by Rose Battleson
2 min
X
Top fund manager thinks Ethereum DeFi shorts make little sense here…EthereumIt’s been a brutal past two months for the DeFi market. While the fundamentals of this space are arguably stronger than ever as the total value lock…