The Bitcoin Fund currently has 7.51 million stocks outstanding, according to 3iQ. Following its 4.14% increase in the last 24 hours, its market cap surpassed $100 million. 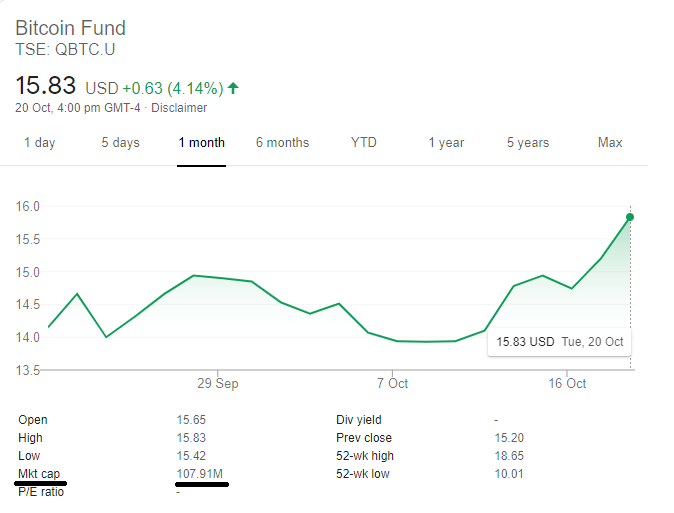 The stock price of The Bitcoin Fund on the Toronto Stock Exchange. Source: Google Finance

A Major Milestone for 3iQ

On October 19th, 3iQ announced the trading launch of the Bitcoin Fund’s Class A Units on the Toronto Stock Exchange under the symbol “QBTC.”

Since the fund operates as an ETF, investors trading in Canada’s stock market can utilize it in order to gain exposure to Bitcoin through brokerage accounts. At the time, 3iQ CEO Fred Pye said:

Finally, Canadian investors have the opportunity to trade The Bitcoin Fund in their native currency and through their locally dominated accounts, thus eliminating the interminable costs and albeit hassle of converting currencies.

The day after the Class A Units commenced trading, The Bitcoin Fund saw a sharp rise in the stock price, causing its market cap to exceed $100 million and triggering reactions from industry representatives such as Gemini CEO Tyler Winklevoss, who called the developments a “big milestone” for the fund.

Read Also:   Why Bitcoin Could Rally to $24,000 Before Seeing Its First Major Retrace

Throughout October, following high profile investments of the likes of Square and MicroStrategy, the fund’s market cap has increased noticeably, gaining 8.95% over the course of three weeks.

Institution-focused exchanges, futures markets, and funds, including 3iQ, are seeing a clear increase in appetite for Bitcoin. 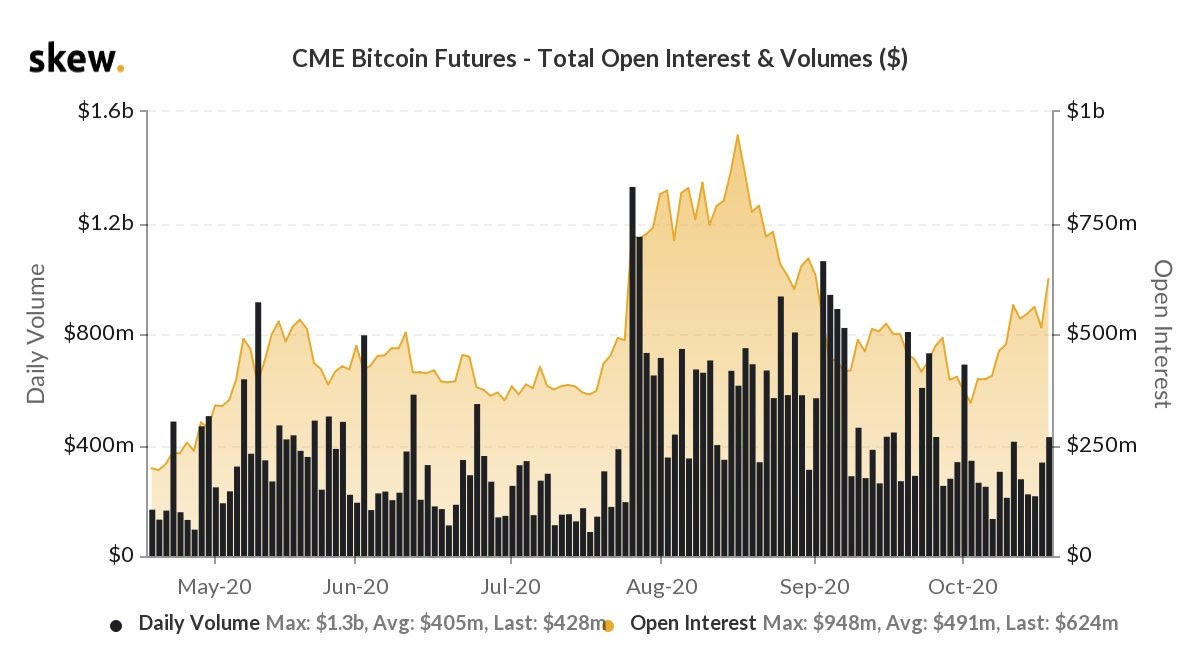 The rising open interest of CME’s Bitcoin futures is particularly optimistic given that CME’s Commitment of Trader report found that the number of long contracts held by institutions recently rose to an all-time high.

Coincidentally, since Square publicized the allocation of 1% of its capital to Bitcoin, the leading cryptocurrency has risen by more than 15% against the U.S. dollar.

Back to Top
Close Add new link
X
Will PayPal’s crypto integration bring crypto to the masses? Experts answer…BitcoinOne of the most discussed topics within the crypto community recently has been PayPal’s announcement that its customers will be able to buy and sell…
Bitcoin

by Brian P. Mandell
3 min
X
More Details Emerge Regarding Silk Road Money Movement…BitcoinNot too long ago, Live Bitcoin News reported that quite a bit of digital money associated with a Silk Road crypto account was moved around. More infor…