Chainlink (LINK) is having a splendid day, soaring by almost 12 percent over the last 24 hours, according to CoinMarketCap data. 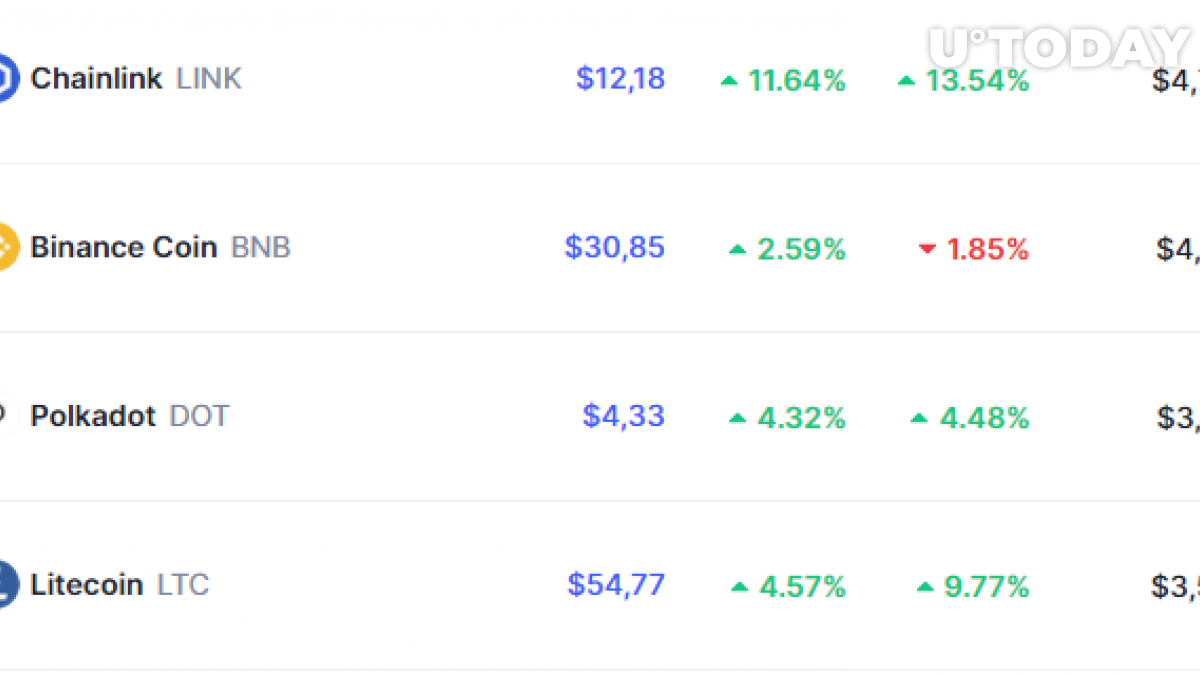 The native token of the leading decentralized oracle provider is currently the best-performing cryptocurrency in the top 50.

Earlier today, Chainlink made an announcement about launching its verifiable randomness  (VRF) capability on the Ethereum mainnet.

Read Also:   Nearly $360M in Bitcoin Moved to Ethereum in October Despite DeFi Cool Off

PoolTogether co-founder Leighton Cusack explains VRF makes it possible not to rely on a centralized party for supplying randomness while making sure that it won’t be tampered by developers:

“Chainlink VRF offers a unique set of security guarantees ensuring that no one, including us as the developers, can tamper with the supplied randomness in order to manipulate the outcome of a contract.”

Altcoins see a sea of green

Altcoins have seemingly resumed their rally after hitting a pause button earlier this week. As reported by U.Today, LINK was the top laggard among the leading cryptocurrencies on Oct. 20, shedding more than ten percent of its value in one day in spite of Bitcoin’s strength.

Read Also:   Microsoft Picks NOIA Network, Ranked 347, to Use in Its FastTrack Program

Ethereum, the second-largest cryptocurrency, has now rallied $417, its highest level since Sept. 3.

In the meantime, the king continues to flirt with the $13,000, with its market dominance dipping below 61 percent.

Chainlink Soars 12 Percent as Its Technology Debuts on Ethereum Mainnet