Bitcoin (BTC) has remained steadfast above the psychological price of $40,000 for the past few days after nosediving to lows of $34K amid the Russian invasion of Ukraine.

The leading cryptocurrency was up by 24.38% in the last seven days, hitting $43,421 during intraday trading, according to CoinMarketCap.

As a result, a double bottom pattern continues to play out in the BTC market. Crypto analyst Lark Davis explained:

“Bitcoin double bottom pattern in play! If we break the line of resistance, then the breakout could send BTC back into the mid 50K range! Only valid on the break of the top line.” 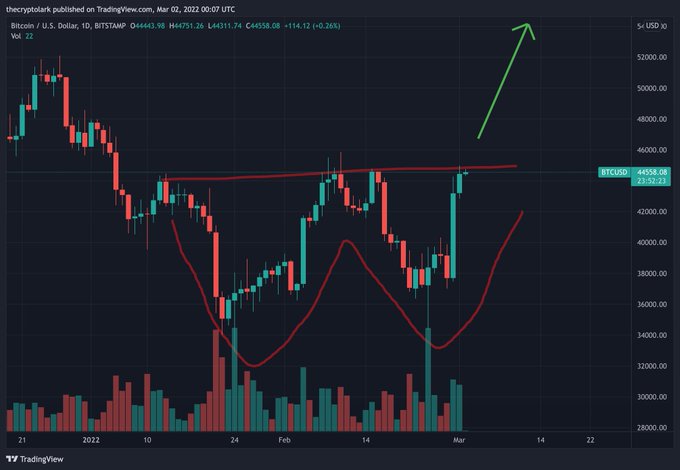 Davis acknowledged that Bitcoin had to break the $44,000 resistance level if a surge to $50K was to become a reality.

On the other hand, Jurrien Timmer, the director of global macro at Fidelity, echoed similar sentiments that a double bottom structure was materializing for Bitcoin. 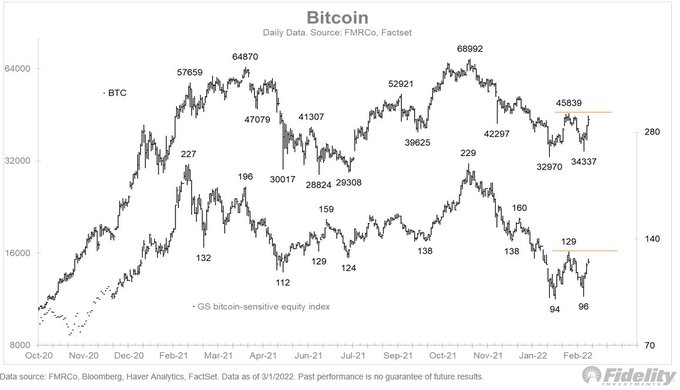 A double bottom pattern is a bullish formation that happens near the end of a downtrend. Therefore, it depicts a bearish-to-bullish reversal structure, illustrating the start of a future uptrend.

Is the resumption of a bull market in play?

Bitcoin finds itself at a critical point in the weekly chart as it tries to trade above the Parabolic SAR indicator. Historically, a trade above it has triggered significant bullish momentum.

“Bitcoin to resume its bull market. According to the Parabolic SAR, the BTC trend has reversed back to bullish. Notice that the last four times the SAR dots moved below the weekly candlestick, #BTC surged by 73%, 644%, 43%, and 250%, respectively.” 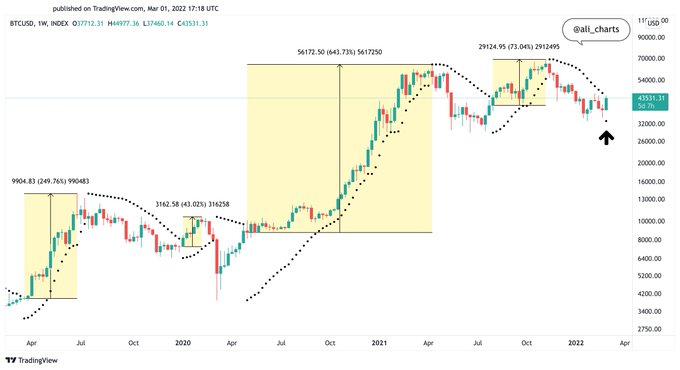 Nevertheless, Bitcoin needs to stay above the $43,100 level to gather sustained bullish momentum needed to take it to the next level. Crypto trader Rekt Capital stated:

“Great reaction from #BTC, as it is in the process of breaking out from the Ascending Triangle. Over the coming days, the ~$43100 needs to stay as support to confirm the breakout.” 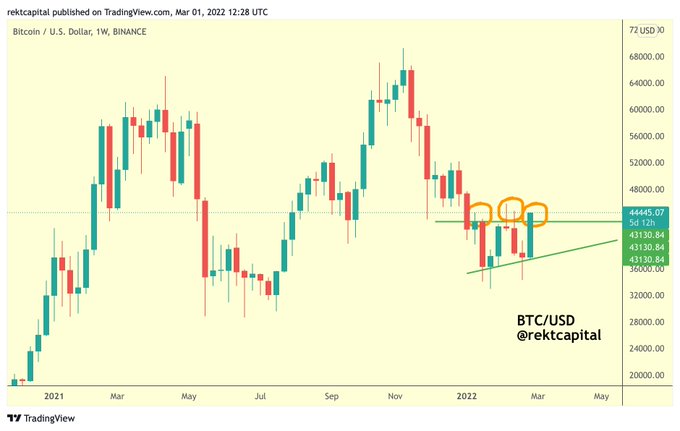 Meanwhile, Bitcoin hodlers are not relenting in their quest to accumulate more coins.