KuCoin Community Chain (KCC) has completed its KCC Unicorn Contest with 14 projects winning an incentive prize pool of around $1,000,000, including the KCC prize and additional rewards provided by the jury.

Being the first on-chain incentive event for KCC in 2022, the contest also marks the initial stage of KCC’s $5,000,000 Ecosystem Accelerator Program. Through it, KCC aims to discover and support promising potential projects from multiple streams and channels.

Out of the 114 projects that participated in the contest, 49 have successfully deployed on KCC. Winning projects were selected after intense data competition, judges’ reviews, and community voting. The projects include those from DeFi, NFT, GameFi, Wallet, etc. speaking on the contest, core member of KCC GoDAO Foundation, Leandre said:

“As an important participant in the KCS’s decentralized ecology, we expect to work together with KuCoin in exploring the hidden gem to achieve win-win cooperation and KCS’s self-circulating ecosystem. The KCC Unicorn Contest is only the beginning of our plan, followed by a Hackathon and other on-chain incentives. Of course, we will continue to pay attention to the elite projects in this event.”

KCC will also provide liquidity support, brand exposure, and other incentives to the projects in addition to the prizes, depending on their maturity. Over 60 projects have successfully deployed on KCC by the end of the contest. 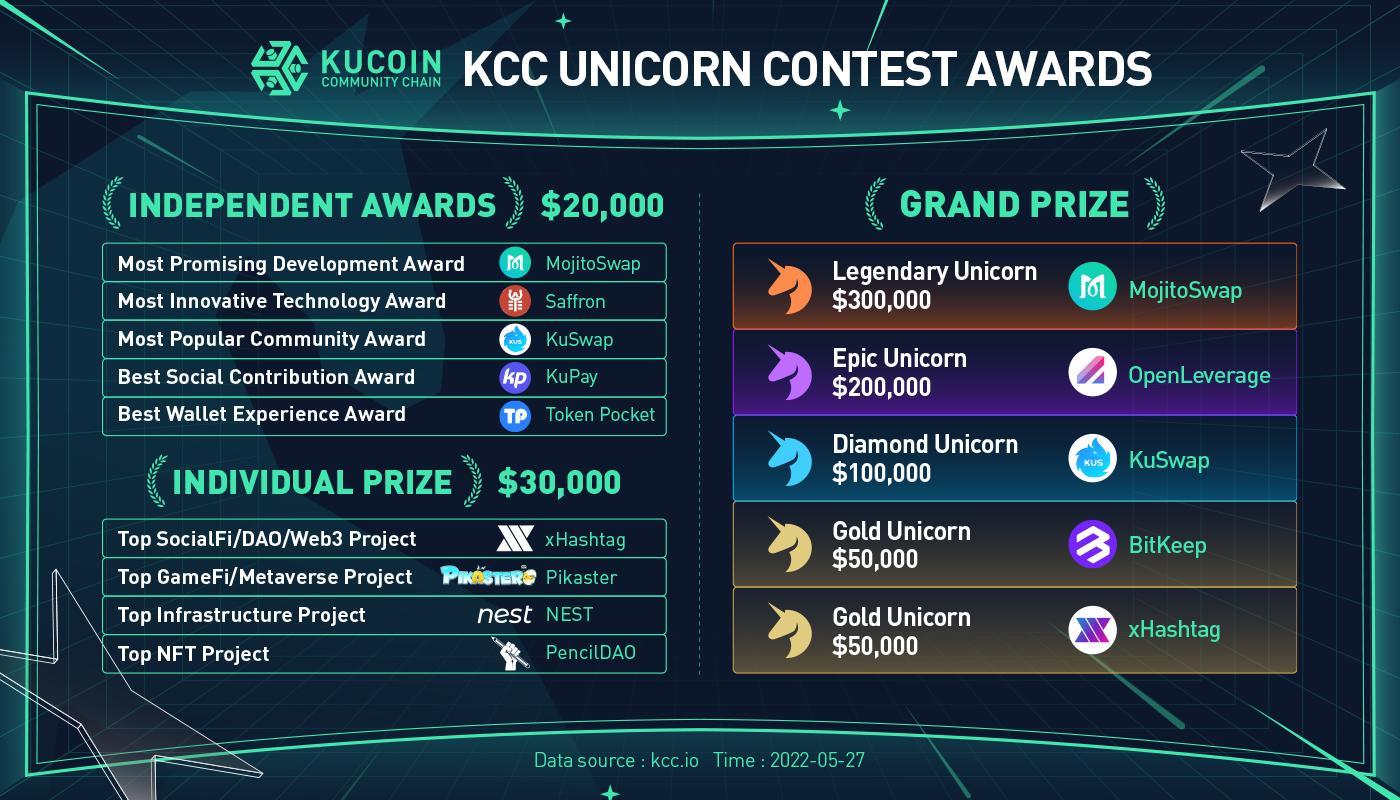 Notably, MojitoSwap, currently the largest DEX on KCC has also launched on KuCoin and has also received investment from KuCoin Labs. KCC and KuCoin promise to collaborate more to provide a better platform for crypto investment as more projects launch on KCC.

A public chain project initiated and built by the developer community of KCS and KuCoin, KCC aims to eliminate Ethereum’s network latency and high gas fees. The Ethereum-based project is also EVM and smart contract compatible to give users and developers a blockchain that is faster, more convenient, and cheaper to use.