Unlike the Harry Potter creator, J.K. Rowling, who also asked the Twitter crypto community to explain what Bitcoin is earlier this year, the Game of Thrones celebrity Maisie Williams decided to go into Bitcoin.

Curiously, Elon Musk took part in both discussions but this time he simply confused Game of Thrones with the Witcher movie series.

Maisie Williams on the BTC bandwagon

After the lengthy discussion on Twitter the other day, Williams tweeted that she decided to join the lines of Bitcoiners. 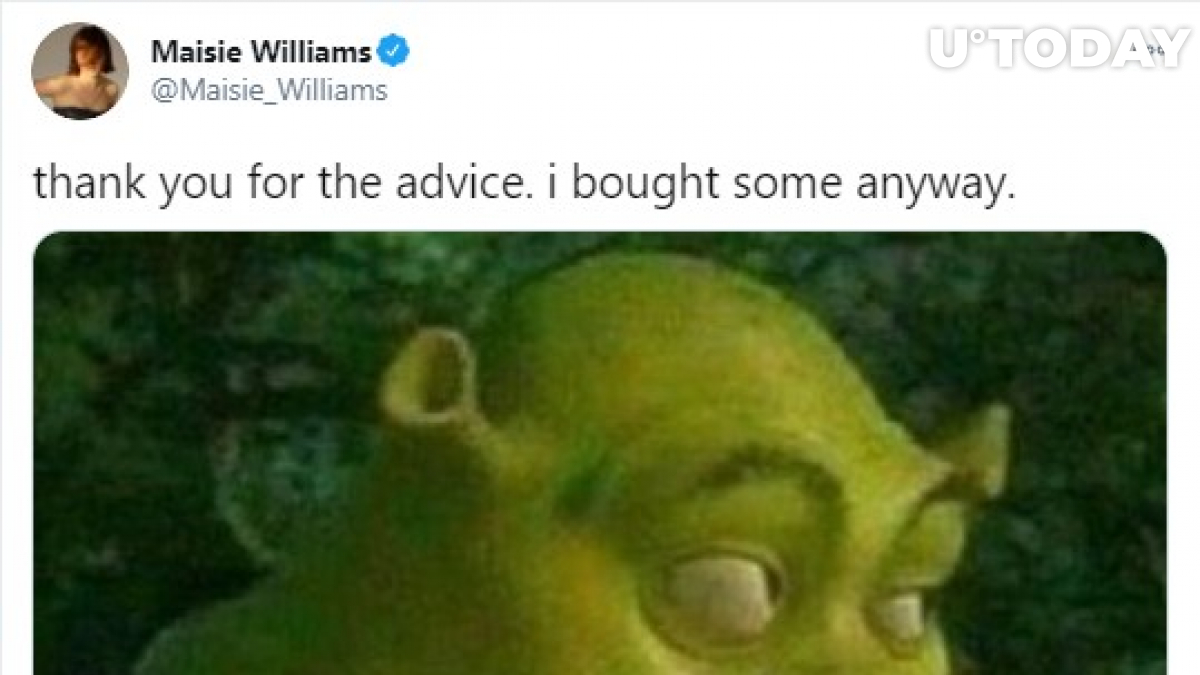 The excitement about Bitcoin has been growing with its recent rally as BTC surged from $13,000 to over the $16,000 level.

On Tuesday November, the flagship cryptocurrency broke the $17,000 resistance and later on soared to $18,500 on the Luxembourg-based Bitstamp exchange, coming really close to its 2017 all-time high of $19,664.

By now, however, BTC has retreated to be changing hands at $17,843, according to the figures from CoinMarketCap.

Did better than J.K. Rowling

Earlier this year, the author of the iconic book series about Harry Potter tweeted that after all the advice and information about Bitcoin, she still failed to understand it and did not seem impressed with the world’s largest crypto.

She then faced a wave of trolling from the community for not being long-sited about BTC. If the iconic fantasy author did acquire any BTC after all, she has not spread the word about it yet.

Back to Top
Close Add new link
X
Ethereum, Tezos, Compound Price Analysis: 18 November…EthereumBitcoin had nothing but thin air above it to reach ATH, while Ethereum was trading above $480 once more, with $500 a level it has not been above since…
Ethereum

by Alex Dovbnya
2 min
X
Grayscale’s crypto funds cross $10 billion in total AUM…EthereumCrypto asset manager Grayscale is now managing more than $10 billion worth of assets across its funds. The total assets under management (AUM) of Gray…