On Oct. 26, large Bitcoin mining pools experienced a significant drop in hashrate, according to NovaBlock data. 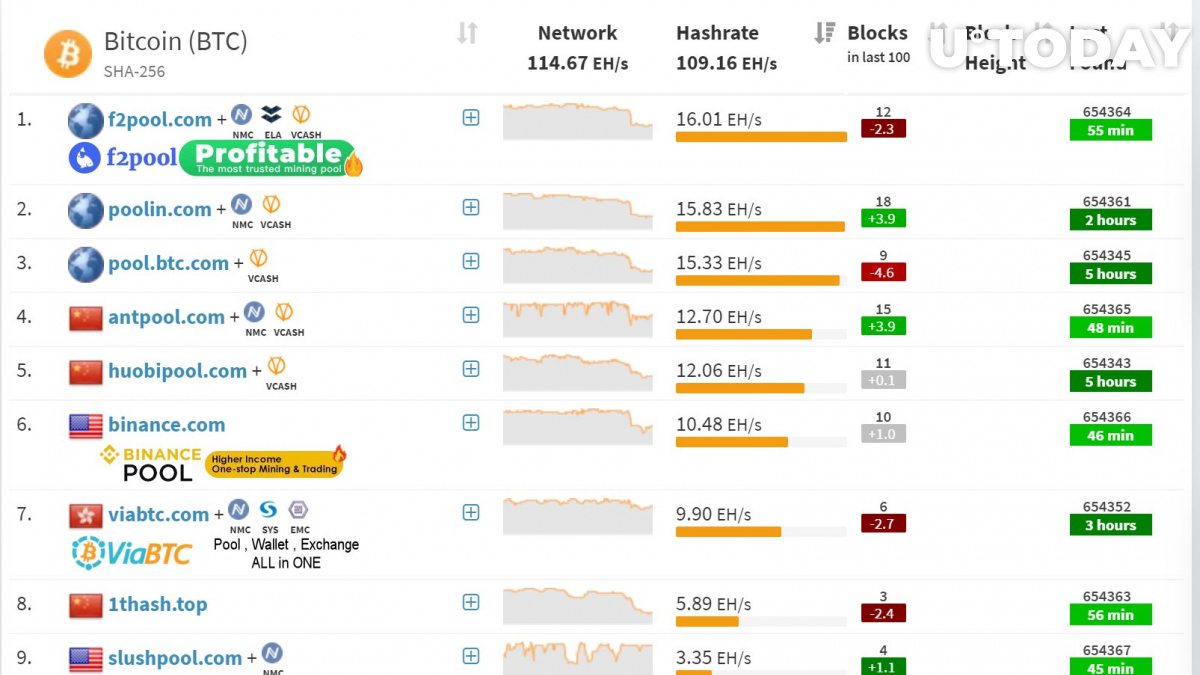 As explained by Thomas Heller of HASHR8, the end of the rainy season in Sichuan that occurred on Oct. 25 is to blame for the precipitous decline.

Heller estimates that the top mining pools have lost about 22 EH/s:

“Looking at the top 10 pools, we can see approx 22 EH/s left the Bitcoin network. Not a precise measure of course, but overlaid with the number of blocks mined per day, we can get a rough idea of the hashrate change.”

Sichuan, a southewesern Chinese province, is responsible for 9.66 percent of the country’s total hashrate since it beckons Bitcoin miners with its surplus of hydroelectricity.

Currently, miners are migrating to Xinjiang, Inner Mongolia, and other regions since they are no longer able to profit off extremely cheap electricity costs.

Rainy seasons typically last in Sichuan from May until September. This May, however, Sichuan suffered from power shortages because of prolonged high temperatures that caught local miners off guard, forcing them to scale down their operations.

U.Today reminds its readers that more than Chinese miners control over 65 percent of the network’s total computing power.

Read Also:   Is it all good news when institutions invest in Bitcoin?

A massive difficulty drop is on the cards

Bitcoin mining difficulty is now expected to record a negative adjustment of about 10 percent next Sunday following the massive hashrate drop.

This would be the second-largest negative adjustment in 2020 after the historic 15.95 percent drop that was recorded after “Black Thursday” of March 13.