Read Also:   Dutch Crypto Exchanges Want a Screenshot of Your Wallet to Prove the Legitimate Ownership of BTC

Ethereum has seen some immense strength throughout the past few days, rallying independently of Bitcoin as the aggregated DeFi sector shows signs of catching a second wave of momentum.

If DeFi tokens continue their ascents and rekindle the farming craze, it could drive massive demand to the Ethereum network – in turn enhancing the cryptocurrency’s fundamental strength.

One trader is watching for ETH to begin outperforming BTC if it can break above $500. He notes that a break above this level would spark some serious upside.

He also added that, at the moment, Bitcoin’s upside might be “relatively capped” as compared to that of Ethereum.

Ethereum Holds Above $460 as Uptrend Stalls

Yesterday, Ethereum saw a massive push higher that led it up to $465. This momentum rapidly stalled, and ETH has yet to break its weekly highs of $469 set just four days ago.

At the time of writing, ETH is trading up just over 2% at its current price of $461. Its steady advance has been positive, but it still has multiple hurdles to surmount before it can break $500.

There appears to be massive resistance around $470, as well as $490. Once these two levels are shattered, it’s open skies for the crypto.

One legendary pseudonymous trader, known for his massive seven-figure Bitcoin bets, stated in a recent tweet that he believes Bitcoin’s upside may be capped compared to Ethereum.

However, he believes that breaking $500 is crucial for this to be a tradeable sentiment. 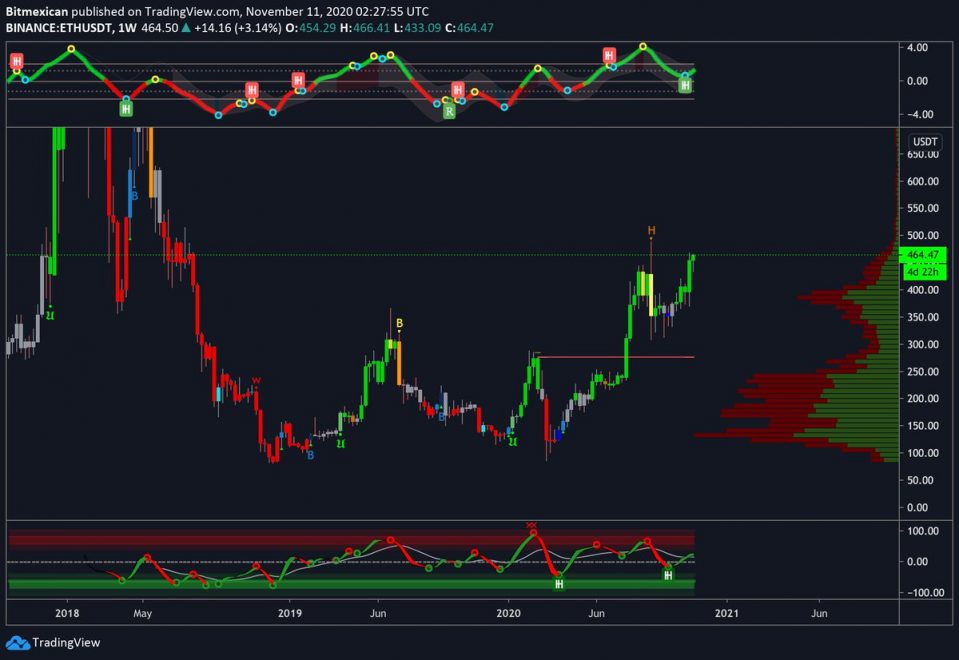 Unless Ethereum fails to break above its near-term resistance levels, its upside potential is quite significant.