Mavatrix, the first reward-based Non-Fungible Token collection on BNB Chain, has been listed on Binance NFT, the NFT marketplace of Binance.

It is a major achievement for the team, as it is among the first Italian-led projects. Mavatrix aims at building a whole ecosystem with NFTs, games, and staking that is to be part of one of the largest and most future-proof NFT marketplace.

Powered by the Binance blockchain infrastructure and community, the Binance NFT marketplace provides the highest liquidity platform for users to launch and trade NFTs.

Mavatrix launched the first legendary collection comprising 8,799 unique art pieces on December 22, 2021, and users can now buy, sell or trade these NFTs (whose Token Tracker is MVTX) on Binance NFT marketplace as well.

Mavatrix has recently been certified by CertiK – the leading security-focused ranking platform to analyze and monitor blockchain protocols and DeFi projects.

The Mavatrix core team has worked closely with CertiK experts to ensure that the project passed advanced Security Audits and Penetration Tests. Overall, Mavatrix’s score is 88/100.

The full report is available here.

Giulio Gagliano and Jonas Canta, founders of Mavatrix proudly shared that, “The first and most important thing for us is providing our community and holders with the highest safety and security standards.

With Certik’s audit certification, Mavatrix highlights its commitment to ensuring the security of its blockchain and smart contracts, bringing transparency and maximum benefits to investors and users.”

He added that, “Now that we’ve launched on Binance NFT Marketplace, the next step is to work hard to turn what a few months ago seemed just a dream into reality: launching the first gacha game on the blockchain.”

Mavatrix is more than a simple NFT collection. The Mavatar, which refers to the NFTs released by Mavatrix, have a unique feature.

Each Mavator from the first drop has its intrinsic value, due to its rewards that periodically arrive at the Wallet owner.

Every character also has a unique DNA which is divided into 8 attributes and one “ethnicity” based on their rarity. Rarity is assigned randomly and would affect the allocations received from the rewards pool 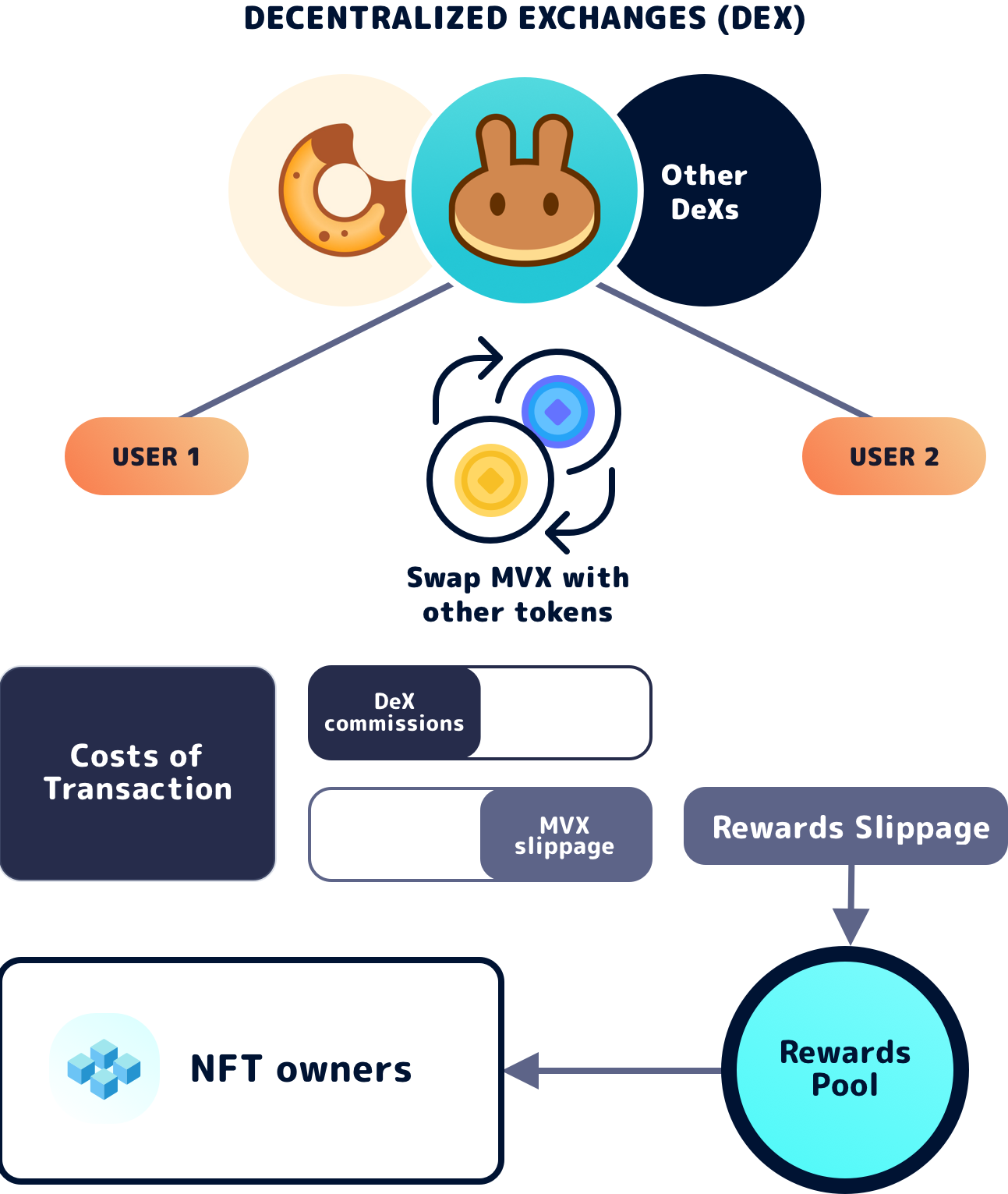 The rewards pool is a Smart Contract generated by the Mavatrix team to collect royalties coming from DeFi transactions of their token.

Its work is simple but technically complex. In the image below, you can appreciate in detail the weight of the rewards percentage coming to each NFT owner from the rewards pool.

The mechanism assigns rewards from a reward pool that picks its balance from an additional 3% slippage added above the normal transactions commissions applied by the DeX itself.

Related:  Assessing the odds of SAND reaching $1 in the coming week

The rewards are then, from this additional 3%, distributed depending on the weight of the NFT and assigned by its rarity.

See the weight and rewards applied by it to each NFT below:

The collectors of the second drop – expected to be launched in the 3rd quarter of 2022 – will be able to access the Mavatars generator in order to mint new avatars with the purpose of using them within the game or to earn by selling them in-game or on secondary marketplaces such as Binance NFT.

In order to celebrate the achievement, the Mavatrix Team has launched an exclusive giveaway that will allow you to earn up to $4K worth of digital assets.

One lucky winner will be rewarded with a rare Mavatar NFT. Individuals who get to the second and third place will get a common NFT and $100 worth of MVX Tokens, respectively.

Further details can be found here.

Mavatrix is currently at work on its first play-to-earn game. Giulio Gagliano and Jonas Canta, the project founders, describes it as a “community-driven, interactive hub of Gacha games that will use the blockchain and NFT technologies to allow its users to play mini-games, and battle with each other while earning tokens”.

Binance NFT, the official NFT marketplace of Binance, offers an open market for artists, creators, crypto enthusiasts, NFT collectors and creative fans around the world with the best liquidity and minimal fees.

Founded by entrepreneur & blockchain advisor Giulio Gagliano and Jonas Canta, Mavatrix is an international team comprising veterans from the Fintech, Blockchain and gaming industries with the goal of closing the gap between NFT enthusiasts and players of video games.