According to crypto analytics firm Santiment, the number of XRP holders that have anywhere between 100,000 and 1 mln tokens in their wallets has reached a new all-time high of 17,625.

There are also 307 mega whales who hold over 10 mln tokens, down four holders from the September peak of 311.

While XRP is believed to have one of the largest levels of wealth inequality among large- and medium-cap cryptos, things appear to be gradually changing. 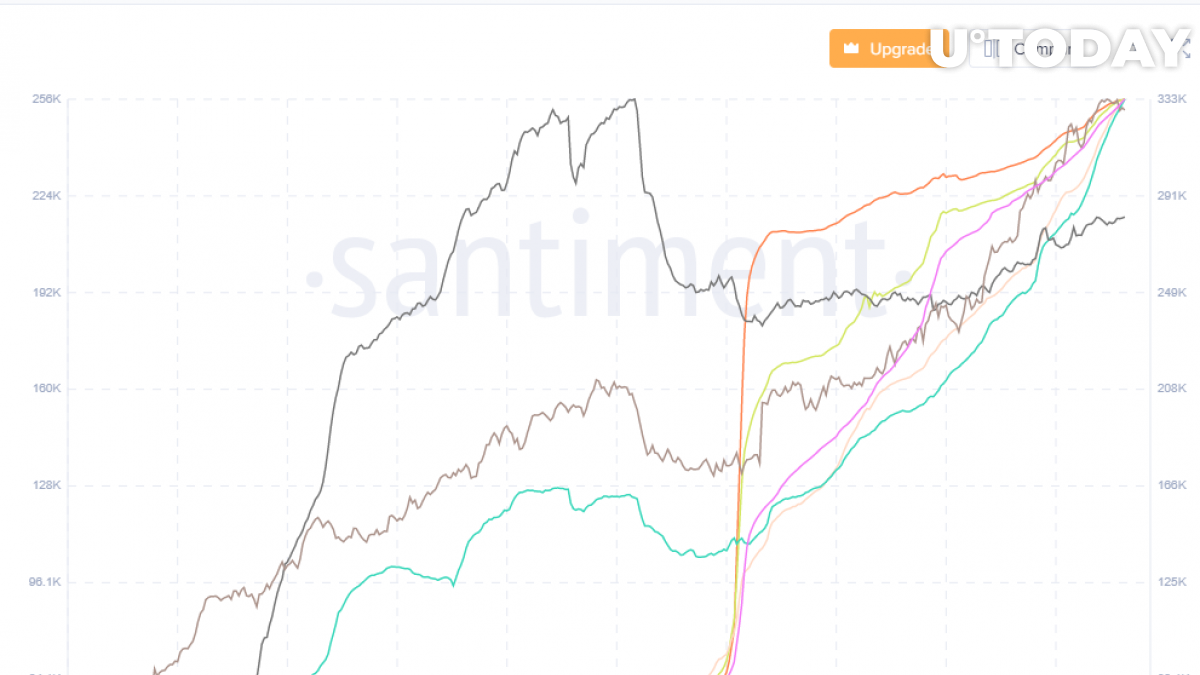 Yet, according to XRPL Labs’ data analysis service ledger.exposed, 67.31 percent of the token’s circulating supply is owned by the top 100 accounts. To put things into perspective, only 70 wallets hold as much as 32 bln XRP tokens ($8.2 bln at the time of writing).

XRP’s performance has been extremely disappointing in 2020 as the currency is even struggling to reclaim its 2018 peak after Bitcoin surged to its highest level since early January 2018. XRP/BTC is currently down 93 percent since its peak.

Nevertheless, XRP has been the talk of the town on various cryptocurrency platforms, currently ranked as the number one coin by discussion rate by Santiment.

XRP surging 8.4 percent over the past week was refreshing and uplifting for the community.

Bitcoin, after its rally to almost $16,500, remains in the lead when it comes to social dominance and social volume. 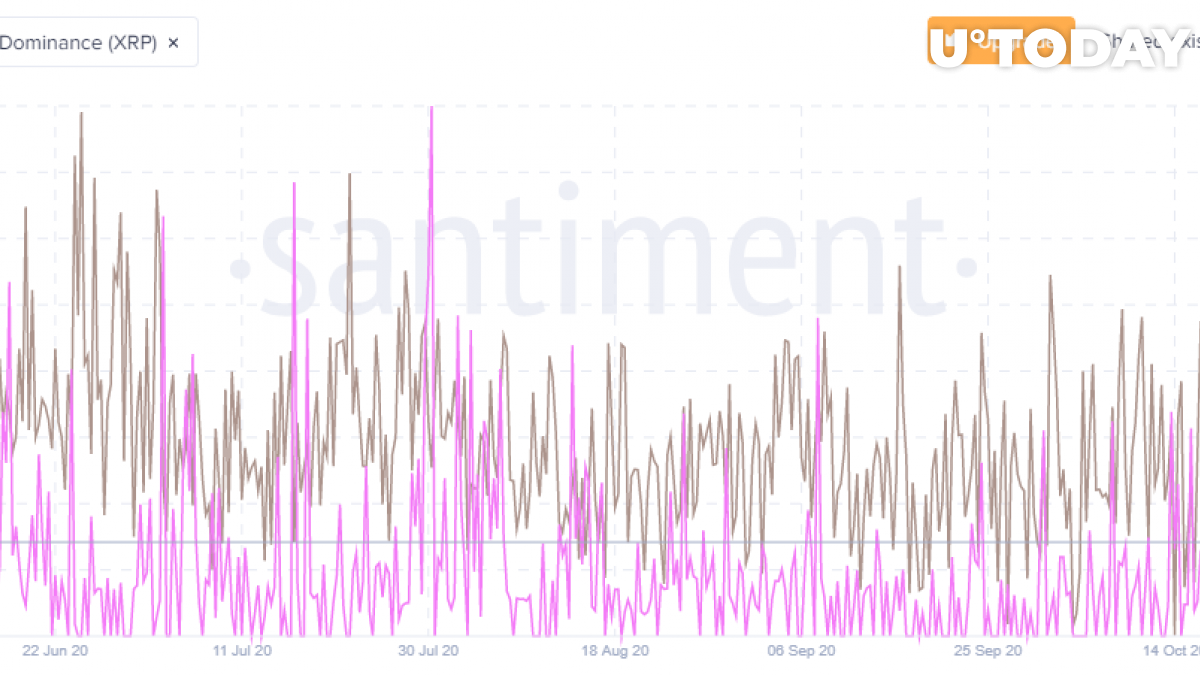 Back to Top
Close Add new link
X
Social media problems and solutions: ‘Centralization is not sustainable’…EthereumOver the past 15 years or so, social media has gained tremendous traction. Facebook, Twitter and YouTube have reached soaring heights as companies. So…
Ethereum