Following the de-pegging debacle overtaking TerraUSD, several other stablecoins appear to have lost their peg to the dollar as well.

Earlier this week, stablecoin TerraUSD (UST) very noticeably lost its peg to the dollar, causing developer Terraforms Labs Terra (LUNA) cryptocurrency to plummet in value. While The Singapore-based non-profit that supports the Terra network, the Luna Foundation Guard, has been reaching out to investors in an effort to shore up UST’s value, earlier today it sank as low as $0.30. In contrast, LUNA, trading at $85 dollars a mere few days ago, fell to a low of $1. The staggering drops, and resulting liquidity issues, prompted Binance to suspend withdrawals of the ailing cryptocurrencies.

Now, in what could be a ripple effect, several other stablecoins have been knocked off their peg to the dollar. At around noon CET, stablecoin Neutrino USD (USDN) fell past the $0.95 price point, hitting $0.85 three hours later. Despite a mild recovery, it is currently struggling at around $0.87, according to CoinGecko. 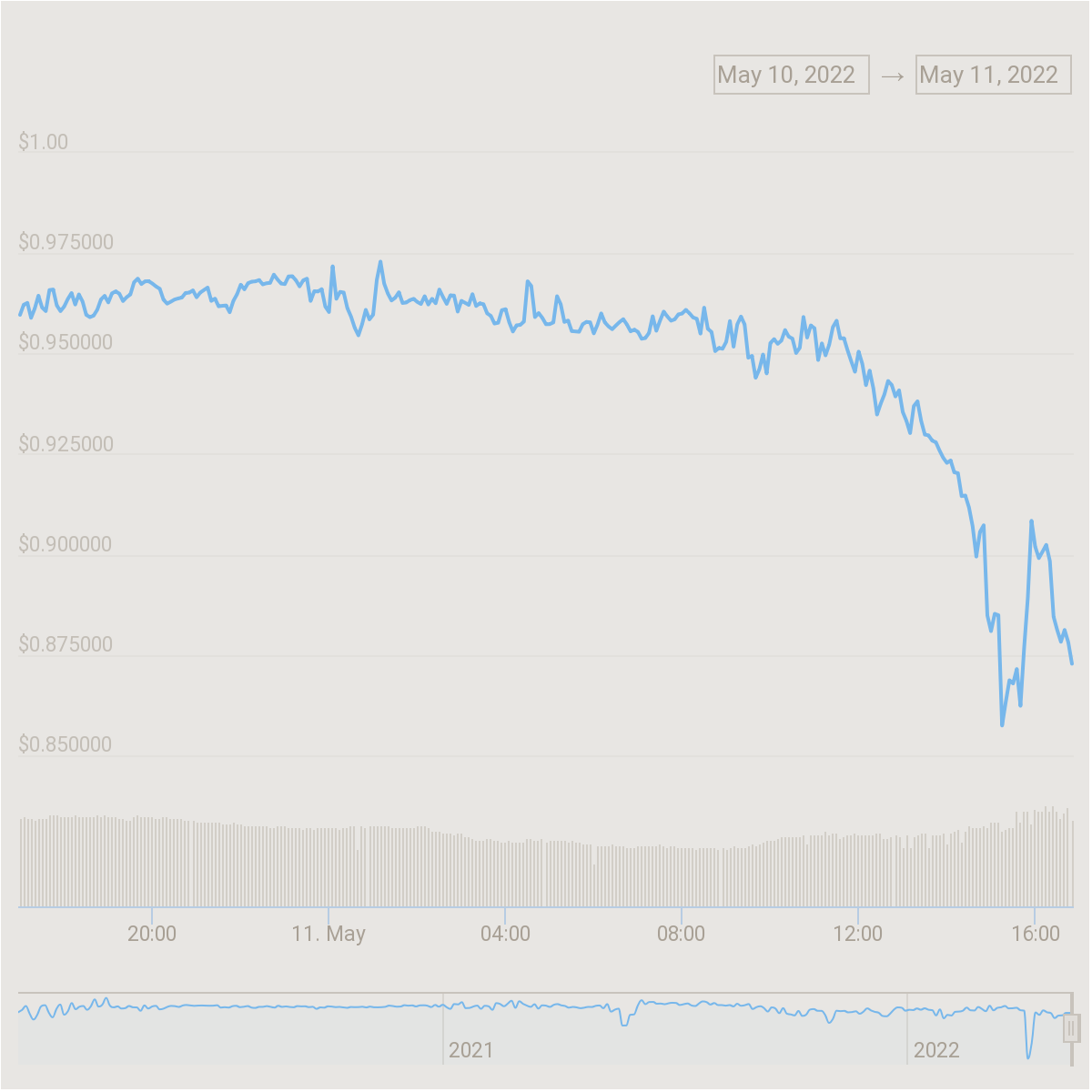 Meanwhile, stablecoin USDX (Kava) has fallen even more significantly, losing 34% of its value in the past day. While trouble started on May 10, with its price falling to $0.85, it seemed to make a full recovery. However, over the past day, it has tumbled even further to as low as $0.55, according to CoinGecko. 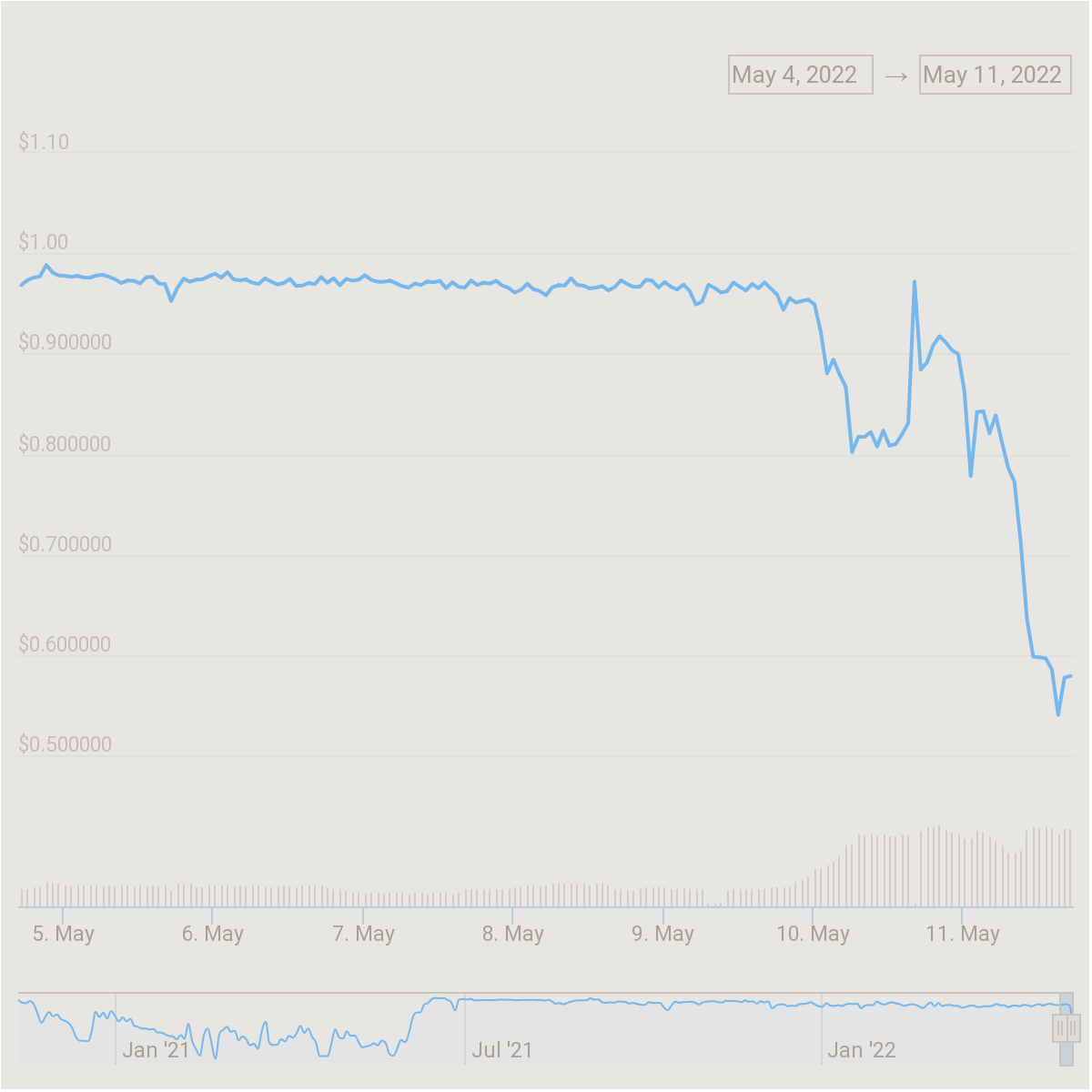 While other stablecoins also struggled with slipping pegs, they seem to have recovered so far, according to CoinMarketCap’s list of stablecoins.

In a recent report, the US Federal Reserve warned that stablecoins, in addition to raising interest rates too quickly, could pose a threat to the economy. While the Fed maintains control over interest rates, albeit having raised it a record amount recently, it emphasized its concern over stablecoins.

The monetary authority believes that stablecoins are prone to runs, and that as the sector continues to grow rapidly it “remains exposed to liquidity risks.” Additionally, the report claims that the assets backing them could potentially lose value and become illiquid.

What do you think about this subject? Write to us and tell us!