Cynthia Lummis, the Wyoming Senator-Elect, talked about Bitcoin on ABC News, calling it a store of value.

Cynthia Lummis, the Senator-Elect of Wyoming, discussed Bitcoin on ABC News. She described the dominant cryptocurrency as a store of value, expressing optimism towards its finite supply.

This comes less than a month after the Wyoming State Banking Board approved Avanti a banking charter. Avanti is a digital asset-focused financial institution that is developing a tokenized U.S. dollar called Avit.

Avanti praised Wyoming for its cryptocurrency regulation and its proactive approach towards regulating crypto assets. The bank said:

“Wyoming has the only U.S. regulator with a bank supervisory and regulatory program for digital assets that is near completion.”

Senator-Elect Says Bitcoin Has Finite Supply But the Dollar Inflates

During a segment on ABC News, Lummis explained why she views Bitcoin as a store of value. She emphasized that she is a former state treasurer and invested permanent funds.

Based on her pedigree as an investor and a treasurer, she said that the finite supply of Bitcoin is appealing.

The U.S. dollar, which remains the dominant reserve currency, inflates in value. Since March, which was when all markets experienced a crash due to the pandemic, the dollar has continuously declined against other reserve currencies.

Notably, Lummis said that she anticipates Bitcoin to evolve into an important store of value in the long term. She stated:

“I do hope to bring Bitcoin into the national conversation. I am a former state treasurer. I invested our state’s permanent funds. So I was always looking for a good store of value. And Bitcoin fits that bill. Our own currency inflates. Bitcoin does not. 21 million Bitcoin will be mined and that’s it. It is a finite supply. So I have confidence that this is going to be an important player in stores of value in the long time to come.” 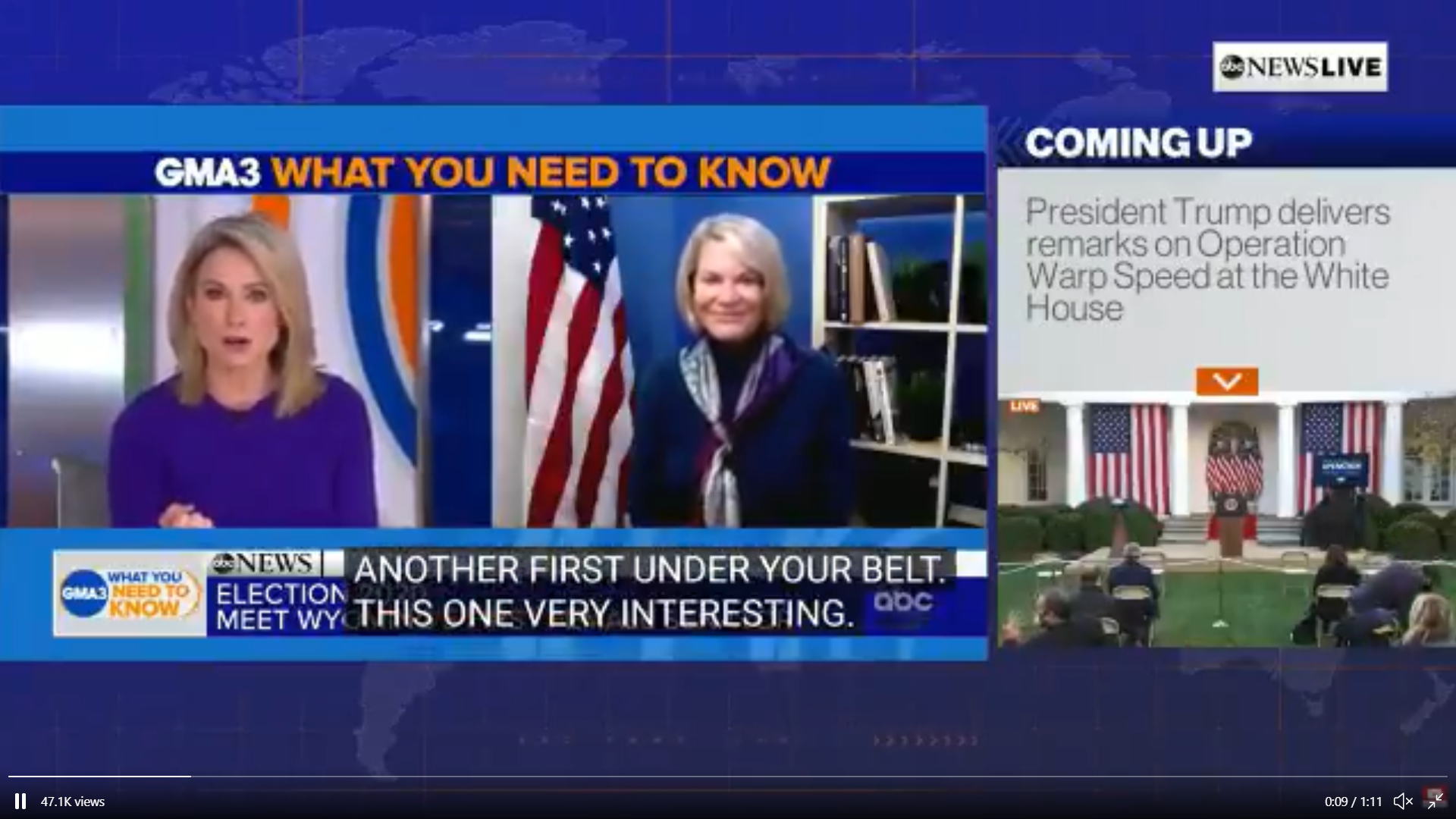 Overall, Bitcoin is consistently seeing an increase in confidence among both investors and regulators.

Michael Saylor, the CEO of MicroStrategy, which announced its purchase of $425 million worth of BTC in October, said BTC is further evolving into a savings account for billions of people.

As a store of value, it can retain value, allow users to send and receive transactions, and keep funds safely. Saylor said:

“Bitcoin is not a currency, nor is it a payment network. It is a bank in cyberspace, run by incorruptible software, offering a global, affordable, simple, & secure savings account to billions of people that don’t have the option or desire to run their own hedge fund.”

Bitcoin is unique in that it could operate as a store of value, a safe-haven asset, a hedge, a currency, and a settlement layer. Its characteristics enable it to operate as many financial vehicles people perceive it to be, which makes it even more efficient and practical as a store of value.

by Alex Dovbnya
3 min
X
Yes, robots will take our jobs — But that’s okay…EthereumAcross numerous industries throughout the decades, there has always been a pervasive fear that robots are going to take our jobs. While there has been…
Choose A Format
Poll
Voting to make decisions or determine opinions
Story
Formatted Text with Embeds and Visuals
List
The Classic Internet Listicles
Meme
Upload your own images to make custom memes
Video
Youtube, Vimeo or Vine Embeds
Audio
Soundcloud or Mixcloud Embeds
Image
Photo or GIF
Gif
GIF format